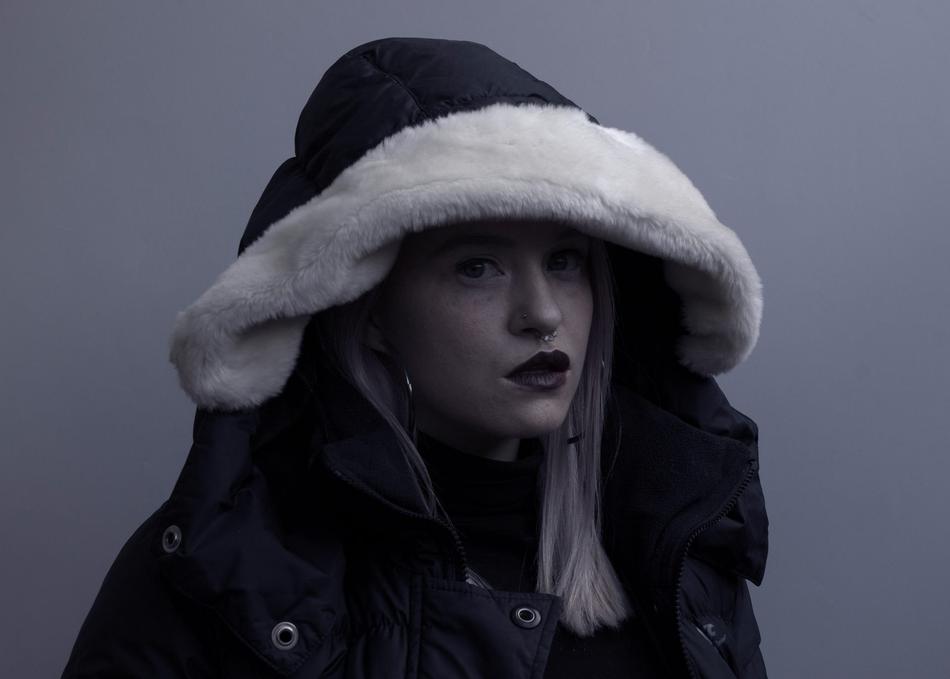 Kučka is a Laura Jane Lowther - a vocalist, producer and songwriter who is from Perth, Western Australia. Kučka is constantly pushing boundaries in her work and has managed to combine a love for art, music, experimentation and pop to create a truly genre defying sound. Her versatility as a writer has allowed her to work in many varied roles, both behind the scenes and onstage, and continues to prove how capable and creative she is as both a musician and performer.

As a producer and vocalist, Laura Lowther has released an EP called 'Unconditional' under the moniker Kučka, to critical acclaim (including multiple awards such as best song for 'Unconditional', best electronic act, best single and best experimental act at the WAM Awards, Breakthrough Producer at the Stoney Roads and more). 'Unconditional', 'Divinity and 'Flux 98' were all played on Australia's leading youth broadcaster Triple J on high rotation and all charted highly on HypeMachine. 'Divinity' also charted at #2 in the Billboard Emerging charts.

Separate to her own releases she has collaborated with international artists such as Flume on 'Smoke and Retribution' with Vince Staples & 'Numb and Getting Colder', Fetty Wap on 'Make You Feel Good', A$AP Rocky on 'Fashion Killa' and 'Long Live A$ap' and Zed's Dead on 'Where Did That Go' and high profile local artists such Dro Carey on 'Queensberry Rules' and Cosmo’s Midnight on 'Walk With Me'. In total, her streams across streaming services are well into their tens of millions.

Alongside releasing music and collaborating with high profile artists, Kučka has also played alongside artists such as NAO, Machinedrum, ZHU and has played at iconic festivals such as Splendour In The Grass, Sugar Mountain, PITCH Festival, Southbound Festival, Coachella and plenty more. In 2016, Kučka was invited to attend and perform at Red Bull Music Academy in Montreal and was also invited to participate as part of Ableton's LOOP Conference in Berlin.

KUCKA has settled into a zone that meshes alt-R&B vocal stylings with endearingly electronic production. She is currently unsigned and is working towards releasing music in 2017.