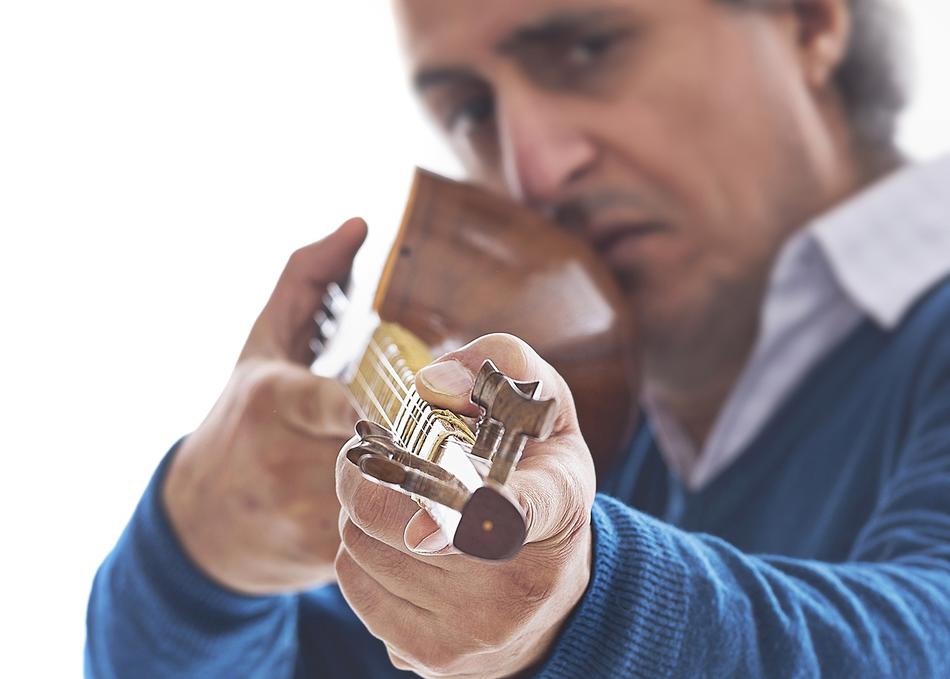 Mohsen Namjoo is an Iranian artist, songwriter, singer, music scholar and setar (traditional Persian lute) player based in New York City. Hailed as “the Bob Dylan of Iran” by the New York Times, Namjoo is a visionary artist who speaks for the youth in Iran. Seamlessly blending the Classical Persian setar with electric guitar, and rock and blues vocal techniques with Persian avaz (singing), he fuses the ancient with the current. Since his arrival to the U.S. six years ago, Namjoo has been touring the world to sold out concerts at prestigious halls such as Palace of Fine Arts, San Francisco; Conservatorio Sala Verdi, Milan, Italy; Disney Hall, Los Angeles; Sony Center for the Performing Arts, Toronto. Barbican Hall, London; Konserthuset, Stockholm; and Köln Philarmonie, Köln, Germany. He is currently on a European tour with the acclaimed Netherlands Blazers Ensemble (NBE). His latest album "Personal Cipher" was released on June 5th, 2016.