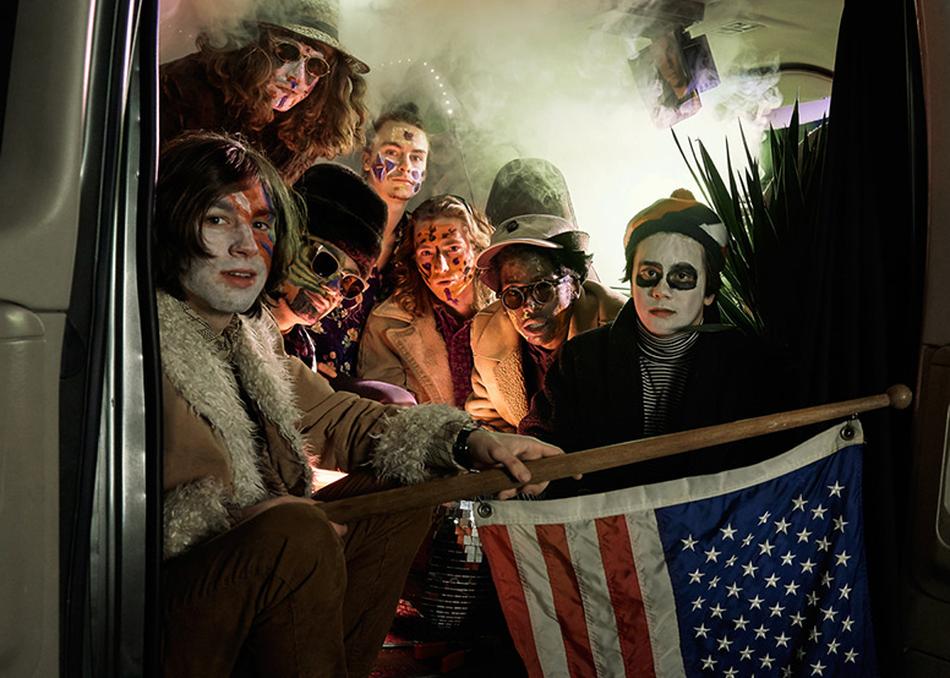 The Nude Party - Water On Mars

The Nude Party congealed as one unit in the southern mountain town of Boone, NC in 2013 and gained their namesake very literally. Bonded by isolation, house party debauchery, a religion based on pushing the limits of bad taste, and a precocious predisposition towards the Kinks, the Animals and the Velvets, they have burgeoned into a rock and roll act to be reckoned with. As the hysteria at their local shows steadily increases, so does their reputation with local law enforcement, forcing them daily more to seek employment anywhere but home. While snooping cops seeking to stamp out indiscriminate behavior scour the borders of their homestead the Nude Ranch, the group has prodigally exiled themselves and are staying scarce with a string of self booked tours and one night stands which have linked them up with with such likes as The Growlers, The Oblivians, La Luz, Night Beats, and King Gizzard and The Lizard Wizard.

Their stripped down and bare bone sound, akin to the British Invasion being transplanted back into the Carolina mountains, has so far proven to have been unrecordable… until now. The secret? Sticking to the obvious and going down into a sweaty basement with a few mics, fewer clothes and a revolving door of comrades and goddesses falling by for as long as they can take the heat. Lately the Nudes have even gotten good at playing with their clothes on. However if any audience member feels the need to participate in the spirit of exhibitionism the stakes at the Party will unblinkingly be called and raised.