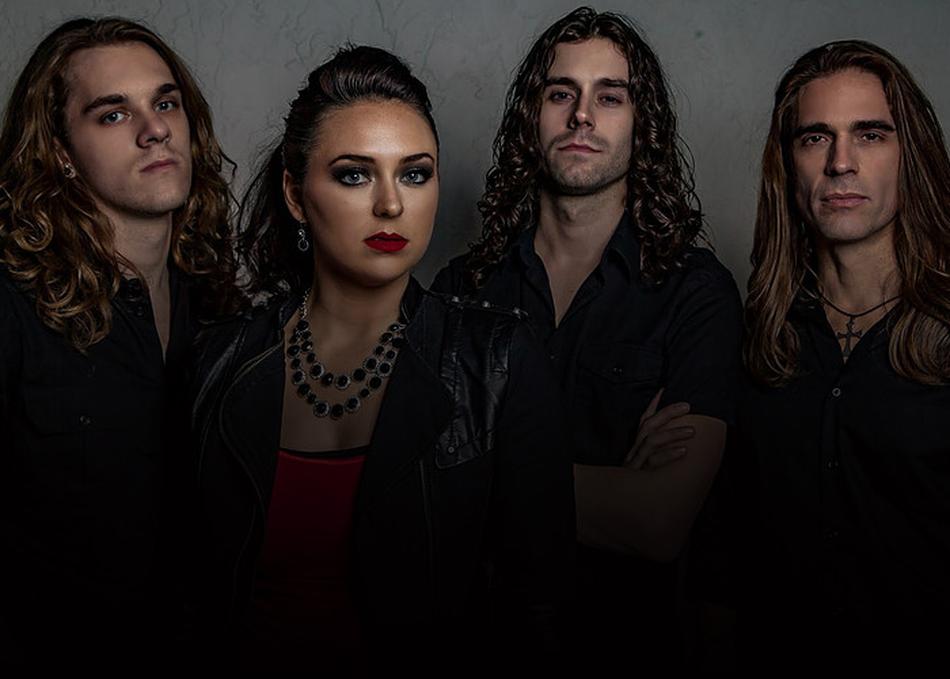 From the beginning, hard rock band, Paralandra, decided to concentrate on creating pure, heartfelt music, no matter how it came out. They have not wavered from this approach, and continue to strive to provide a product that is a sincere and unique expression of themselves, both lyrically and musically.

The band started in the summer of 2013 as father and daughter, Casandra Carson (lead vocal and guitar) and Paul Carson (guitar), decided to create a band to perform the songs they had begun writing together. Everything clicked when reunited with Casandra’s former high school friend, Nick Gray, who also had been writing and wishing to perform in an original rock band. Within less than 2 months, the newly formed band began playing live and recording. Paralandra’s first 12-song CD, Rise Up, was released in June of 2014, and reorders were a necessity to keep up with demand from sales at live performances.

They soon began to enjoy more widespread and high profile shows, including opening for Fuel, Hinder, Scott Weiland, Wayland, Art of Dying, and more, as well as playing to local crowds as large as 7,500. They have also been invited to numerous showcases across the country, including playing in David Ivory’s (multi Grammy winning producer of Halestorm, The Roots, and more) showcase at the Millennium Music Conference in 2015.

They have been blessed to receive many appreciated accolades in their still fresh musical journey, such as being nominated “Best Original Band” by the readers of 417 Magazine, “Best Musical Performance” on the late night talk show, The Mystery Hour, “Year's Best Band Performance” by Ozarks LIVE! on KOZL, a CBS television network, as well as consistently holding a top-10 spot on the Reverbnation Rock Charts.

They are now fresh off recording a new 5-song EP with John Burke of Vibe Studios, and look to begin touring nationwide to support their March release. They are currently managed by CB Entertainment and look for 2017 to be their best year yet with several tour confirmations, showcase opportunities, festival appearances, music videos, full length album, and plenty more!