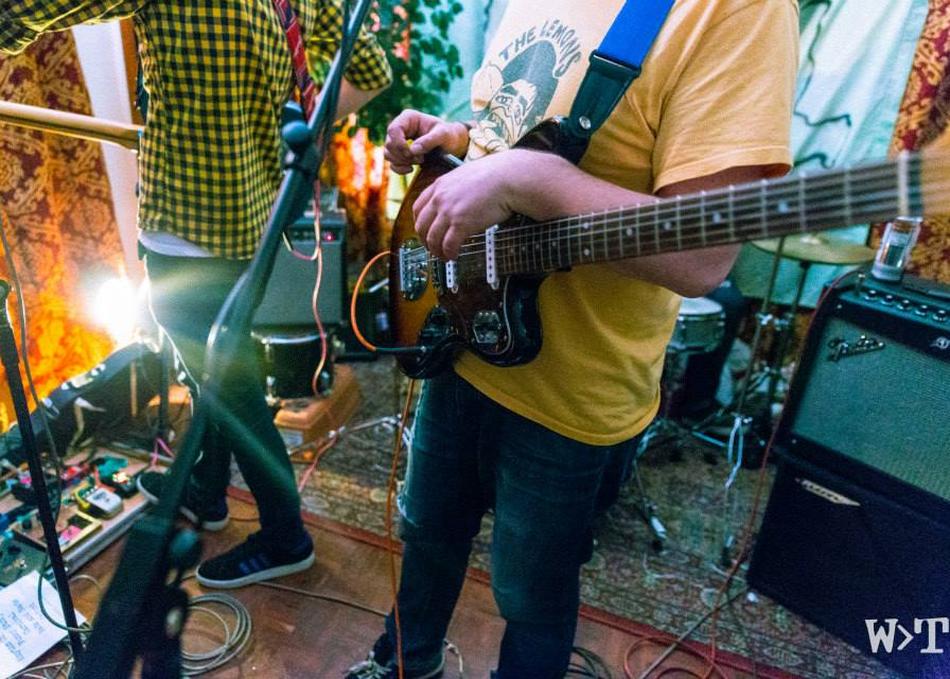 After a slew of self released home recordings and an EP on Gnar Tapes/Lame-O Records, Glasgow based Indie Rock group The Pooches released their debut self titled album on Lame-O Records in September 2016, hot on the heels of opening slots for Modern Baseball, Beach Slang, Car Seat Headrest, Hop Along and more in their native Scotland. Often compared to Belle and Sebastian, but with the power-pop sensibilities of The Rubinoos and the lyrical concerns of Jonathan Richman, The Pooches are set for a busy 2017. With a UK tour planned for April, a new 7inch to be released in March on London based label Superfan 99, along with appearances at DIY PopFest 2017 in London and the PopSouth Weekender in Glasgow, the band is excited to record their sophmore album later this year, tentatively planned for release in early 2018.