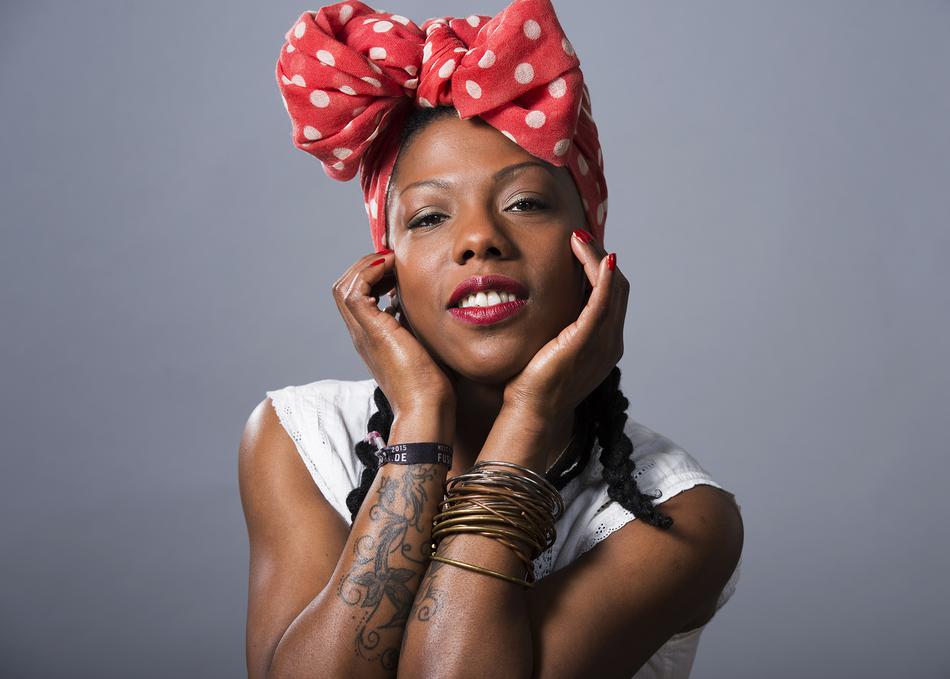 With her explosive mix of hip hop, cumbia, dancehall and reggae, the Cuban singer, flautist and percussionist Yaite Ramos Rodriguez, aka La Dame Blanche delivers a powerful and compelling sound which summons the spirits.

Before unfurling her costume Yaite has travelled a long and sometimes hard road. Everything starts in Cuba where she was born, in the heart of an awe inspiring musical cauldron on which reigns the figure of her father, Jesus “Aguaje” Ramos, an exceptional trombonist who is also the artistic director of the Orquesta Buena Vista Social Club. Family parties are gatherings of extraordinary musicians, the cream of Cuban music, to the sounds of thousands of songs and drums.

Joining this great party, this flamboyant and orgiastic round, is a slew of distinguished guests: Philippe Cohen-Solal (Gotan Project), Toy Selectah (Control Machete), Flaco Nuñez (Orishas), ... The tracks of 2 are rich in social meaning and claim their roots in the traditions of urban music.