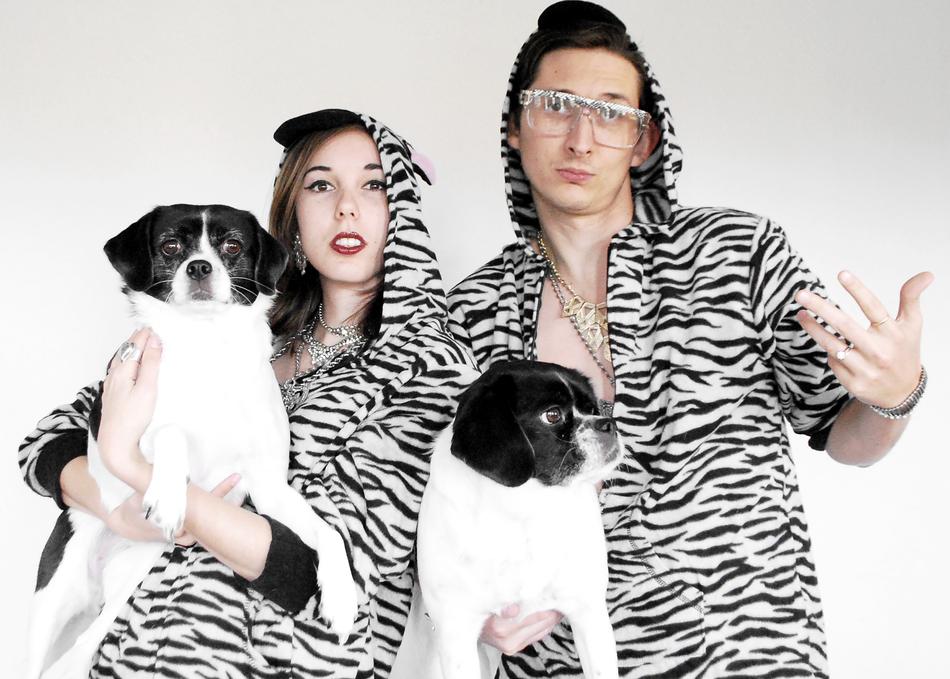 Crunk Witch is an 8bit electro-pop duo from Presque Isle, ME. The band was formed in 2009 by married couple Brandon Miles and Hannah Colleen.

"One of the best bands from Maine."

"A big sound showcasing a mastery of production and vocal fireworks."

"Crunk Witch are dramatic in all the right ways. Silly, sincere, and wholly invested."

"The most energetic live show I've seen in years"

Their music is a blend of pop, rock, chiptune, and various electronic genres. Many of their lyrics are set in a science fiction reality and involve themes of adventure and romance. The group spends nearly half of the year on the road playing a variety of venues including comic-cons, arcades, festivals, and bars across the US. To date, Crunk Witch has released three full length albums. Their latest release, Heartbeats in Hyperspace (2014), sold over 2,500 copies in it's first week. As of 2017, Crunk Witch has sold over 20,000 albums and singles worldwide as an independent act. For more info contact: booking.crunkwitch@gmail.com