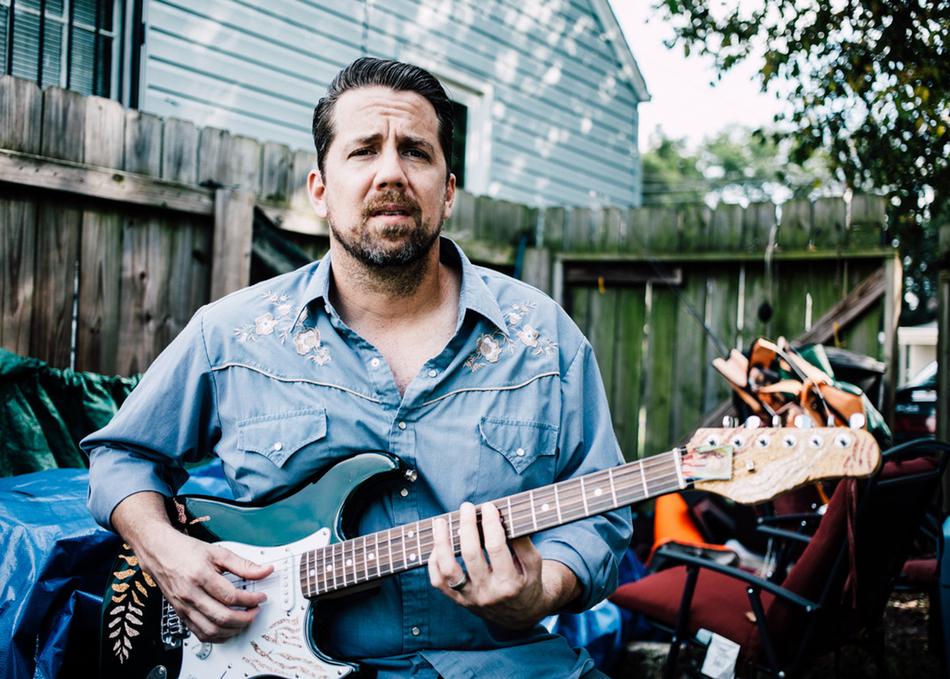 Patrick Sweany - Every Night Every Day

On a given night (or on a given album) he'll swing through blues, folk, soul, bluegrass, maybe some classic 50s rock, or a punk speedball. He's a musical omnivore, devouring every popular music sound of the last 70 years, and mixing 'em all together seamlessly into his own stew. Yet, the one thing that most people notice about Patrick isn't his ability to copy - it's his authenticity. Like his heroes, artists like Bobby "Blue" Bland, Doug Sahm, Joe Tex, Patrick somehow manages to blend all of these influences into something all his own.

It's no wonder that as a kid he immersed himself in his dad's extensive record collection: 60s folk, vintage country, soul, and, of course, blues. Patrick spent hours teaching himself to fingerpick along to Leadbelly, Lightnin' Hopkins, and other folk-blues giants.

In his late teens, Patrick began playing the clubs and coffeehouses around Kent, OH. He quickly gained a reputation for the intricate country blues style he was developing: part Piedmont picking, part Delta slide - with an equally impressive deep, smooth vocal style.

But Patrick wouldn't stay in the acoustic world for long. His love of 50s era soul and rock fused with the adrenaline-soaked garage punk revival happening throughout the Rust Belt pushed him to form a band.