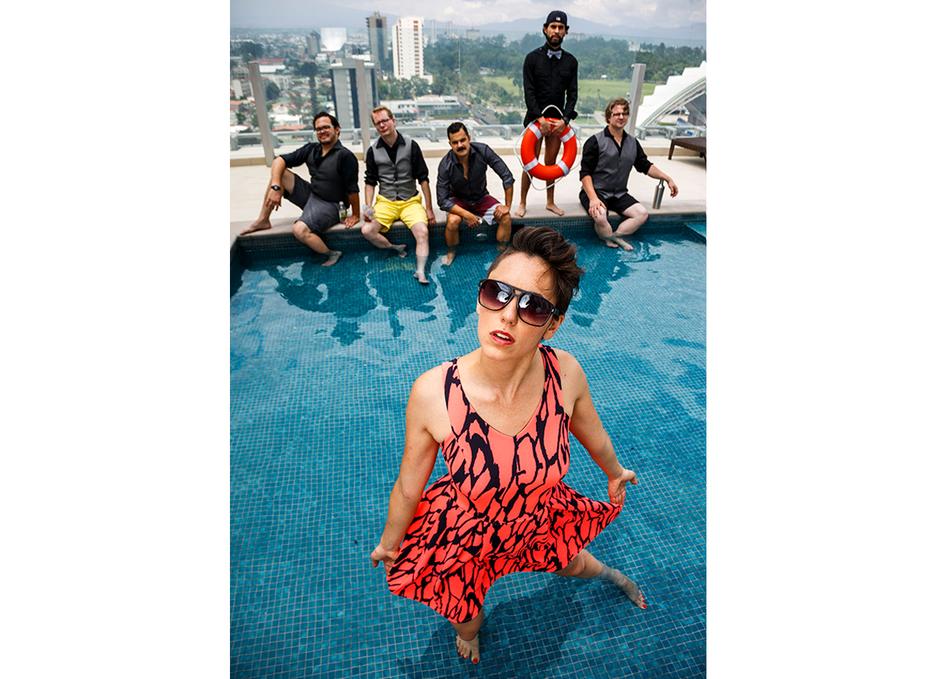 Gina Chavez is blending the sounds of the Americas with tension and grace. A is a multi-ethnic Latin pop songstress, Chavez is a nine-time Austin Music Award winner -- including 2015 Musician of the Year and Album of the Year for her sophomore release, Up.Rooted. Her independent album topped the Amazon and Latin iTunes charts following a national feature on NPR's All Things Considered, and has been hailed by The Boston Globe, USA Today, Texas Monthly and the Austin Chronicle. Her band’s Tiny Desk concert made NPR’s top 15 of 2015.

Fresh off of their ACL debut as well as an 8-country tour as a cultural ambassadors with the U.S. State Department, Chavez and her 7-piece band’s passionate collection of bilingual songs take audiences on a journey through the Americas. Her Spanish-language anthem, “Siete-D” -- which took home the Grand Prize in the 2014 John Lennon Songwriting Contest -- tells the story of her experience volunteering in a gang-dominated suburb of San Salvador where she and her partner founded Niñas Arriba, a college fund for young Latinas. The fund celebrated its first two college graduates in 2016.