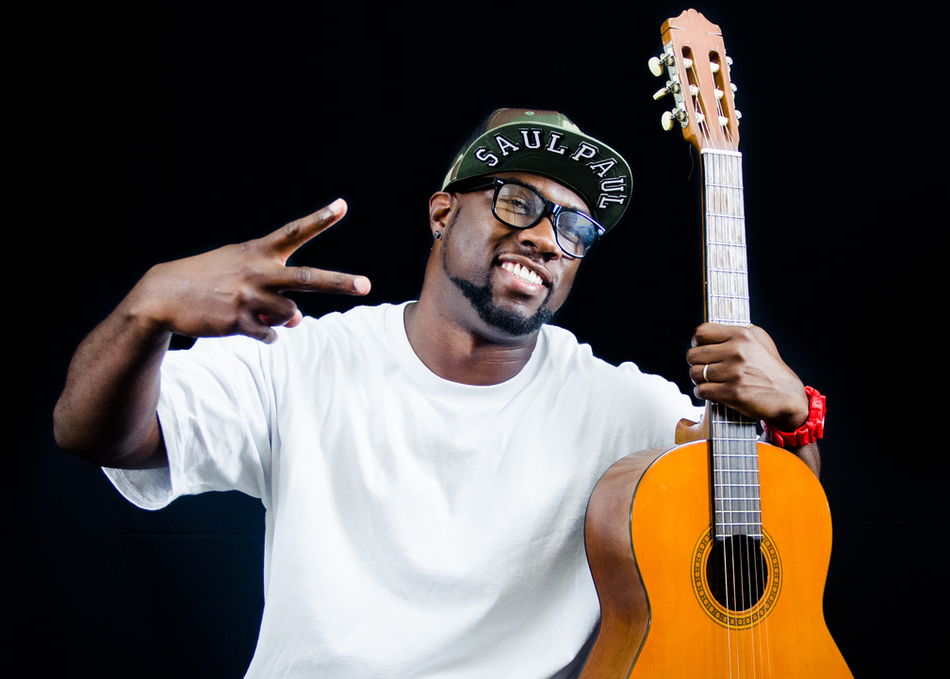 SaulPaul - I Can Only Be Me

Part rapper/Part singer songwriter, SaulPaul is an entertaining artist who blends his voice, his guitar and his loop pedal to create a live show that is nothing less than an EXPERIENCE.

SaulPaul's career is currently buzzing. The last 18 months he's embarked on a national summer tour, 2 TEDx Talks and a performance at Google. His live show is a must see but his songwriting skills have been employed by brands like Honey Bunches of Oats, Johnson & Johnson and ESPN Radio.

SaulPaul "started from the bottom" but despite being born into a world of poverty, drugs and crime, he has risen to prominence via his limitless creativity and talent. A Texas born entrepreneur and graduate of the prestigious University of Texas at Austin, SaulPaul is a self-described “rapper with a reason,” a “musician with a message.”

As a singer/songwriter, he has been able to combine his multiple passions without compromising any and has devoted his immense talents towards changing the world…one song at a time. He has been awarded the Esme Barrera Music Activism and Education Award and Young Alumni Award from the University of Texas at Austin. As an artist advocate, SaulPaul currently serves as a Texas Governor for the Recording Academy and is an official Creative Ambassador for the City of Austin.

SaulPaul has seemingly performed at every entertainment or cultural capitol in the United States. Among those performances were shows in New York, Nashville, Houston and Los Angeles! SaulPaul says his most memorable show took place outside of the States though. “One show I’ll never forget is the one I performed on the rooftop of a building in the famed city of Jerusalem. The view was ridiculous.” He says he thinks it was the day after the he floated in the Dead Sea. Unique. His life is definitely unique.

SaulPaul has played more than a thousand shows since his touring career began in 2006. From major music festivals to major sporting events. From corporate events to college shows. From concerts at clubs to concerts at churches.

SaulPaul is an entertainer. Every show is awesome yet no two are the same. That’s because at a SaulPaul concert guests are no longer just part of the crowd, they are part of the creative process. The audience helps direct the music SaulPaul improvises and creates live on stage! Part Hip Hop, Part Acoustic, Part Soul, Part Improv, Part Sing Along equals All SaulPaul. A Musician with a Message.