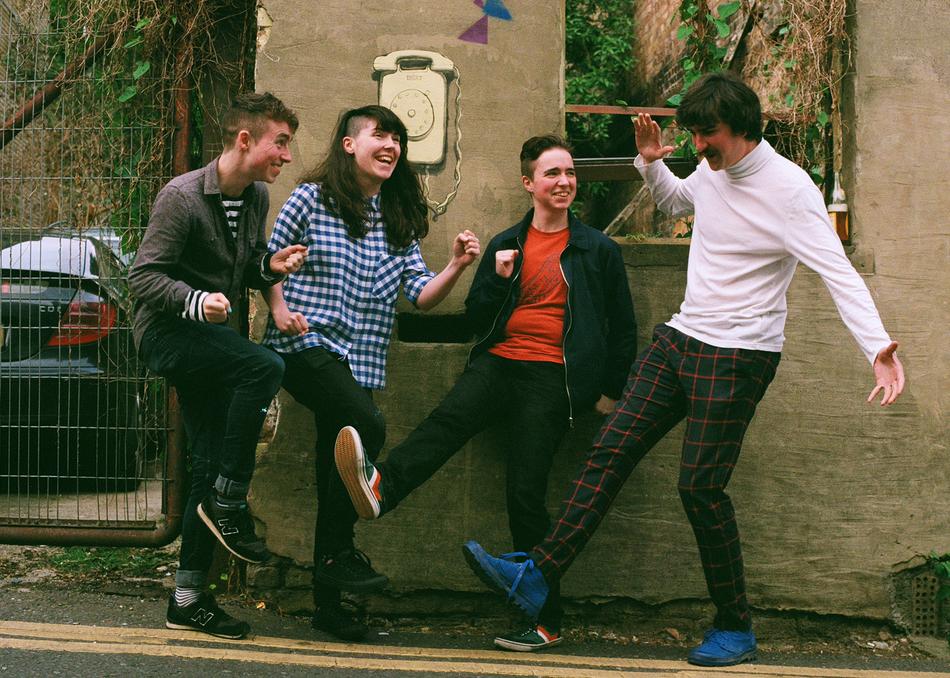 The Spook School are Anna Cory (bass and vocals), Adam Todd (guitar and vocals), Nye Todd (guitar and vocals) and Niall McCamley (drums). Since forming in 2012 they’ve become increasingly involved with the DIY queer punk scene, taking inspiration from the passionate, like-minded people they’ve met along the way, and from bands such as Martha, Joanna Gruesome, Trust Fund and Tuff Love. Citing influences including Buzzcocks, T-Rex and the noisier end of C86, the new album is louder, bolder, fuller-sounding and captures more of their live sound—aided and abetted by producer MJ of Hookworms.

Try To Be Hopeful follows The Spook School’s critically acclaimed debut album Dress Up (2013), which received plaudits from the Guardian (which featured them as a New Band of the Day), Uncut which called it “a rewarding, multi-layered debut” and Loud and Quiet which said, “this is music for the young and disillusioned, but identifiable to anyone who’s ever been frustrated by the grievances of identity and growing up.” The Spook School have since seen their music used on TV, having recorded the theme tune for BBC Three series “Badults” (Adam, Anna & Niall all have sidelines in the world of comedy), and have also toured the US, where they became the subject of a Rolling Stone documentary and met Laura Jane Grace of Against Me!.

The Spook School's latest release, a four-way split with Wildhoney, Tigercats, and Mercury Girls was released in the summer of 2016 on Slumberland Records. They will return with a third full length album in late 2017.