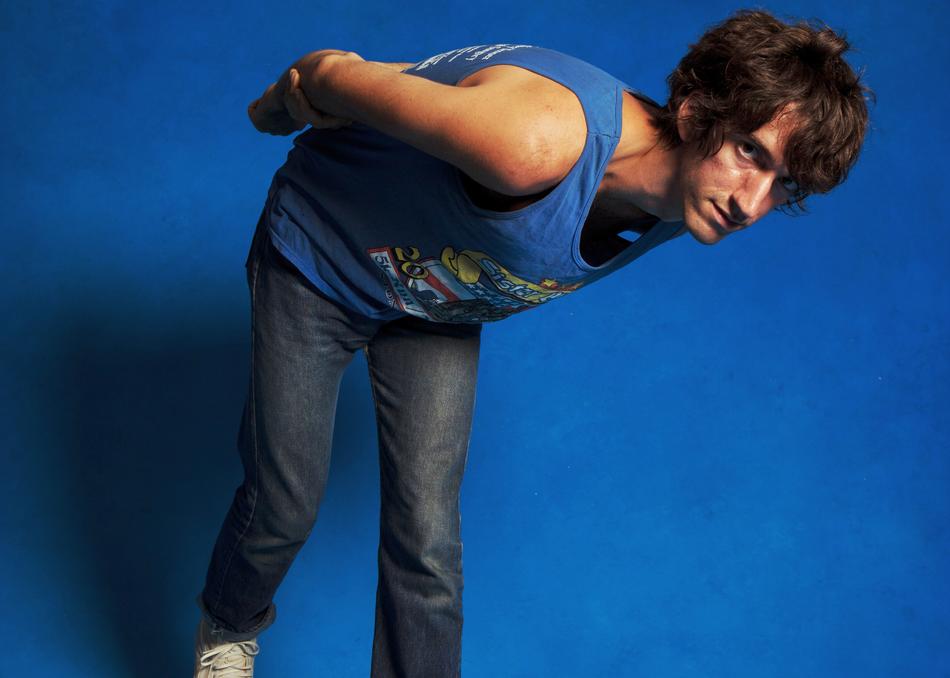 When the world first met Delicate Steve in 2011, Steve Marion and the band he principled were an artfully crafted fiction. Tasked with introducing Wondervisions, Delicate Steve's beguiling debut record of highly evocative and emotionally concise guitar-driven songs, Luaka Bop, the seminal David Byrne-owned New York indie label, balked. There was the music to get to; itself essentially reference-less and unqualifiedly unique. But what of the guy who created it? The guitarist who wrote the whole thing, who played every instrument. An enormous unknown talent without an attendant backstory to match the spectral and boundless qualities of his music. Enter Chuck Klosterman. The celebrated writer was brought on to completely fabricate a biography based on a band and album he was asked not to listen to.

While the record racked up high praise from outlets including The New York Times and NPR, nearly everything music fans read about Delicate Steve was a fiction. Listeners were left to the music alone to determine who Steve was.

As is often the case, some of the first people to recognize Delicate Steve's music were fellow artists who became vocal supporters, as the young guy from upstate New Jersey began to develop a growing fanbase in small New York clubs like Glasslands, Union Pool, and Mercury Lounge. Following the 2012 release of Positive Force, Delicate Steve had cornered the status of "your favorite band's favorite band", as Steve himself became a fixture in and an on-demand collaborator among disparate scenes, players, and bands, making some of the most celebrated and forward thinking music today: Co-signs and work with David Byrne, Dirty Projectors, tUnE-yArDs, Mac DeMarco, Dr. Dog, and elder statesmen like Lee Ranaldo and Built to Spill. Likely the only guitarist alive who will cut records with Sondre Lerche and Death Grip's Zach Hill. Handpicked to open a sold out North American tour for Tame Impala. And most recently, providing guitar on Paul Simon's new record.

These wild artistic relationships came to be because Steve happens to be one of the most talented songwriters and guitarists currently working. But they are also a direct reflection of the person, the soul of a guy any artist or fan who's met him will identify immediately. It's the same soul that fills his songs.

This is Steve, Delicate Steve's first new record in 4 years, and first for the ANTI- imprint, is an articulation of this spirit. Joy. Love. Positivity. Perseverance. Meditation. A general communion with the people and world around him. Easy to call such things hackneyed in this cynical time, but in Steve's case, it’s very hard to separate the person from the art. It's real. It's pure. This, is Steve.

Melody begins with the needle drop on This is Steve, and it's this hallmark as a songwriter on display in tune after tune that has defined all of Delicate Steve's work. It's his incredible capacity to write wordless songs that are impossible not to sing along to. He works in no genre, there are no words, but there is never a question as to what he is saying.

Tunes like "Animals," "Help," and "Nightlife," establish their hooks immediately, and drop you with Steve as he runs alongside leopards, scales a Western peak, nurses a boozy Kingston come-down, before clocking out at under three minutes and depositing you somewhere else on a technicolor continuum. Throughout the set, Steve's guitar melodies rise and crest, unguarded expressions of wonderment and positivity.

Steve produced and played all the instruments on this record. He created it as an introduction from himself to you, and named it appropriately.  If there is a question as to who This is Steve’s creator is, you'll find it imbued in these ten songs. As he has done from the start, Steve lets the music speak for itself. Without a word.