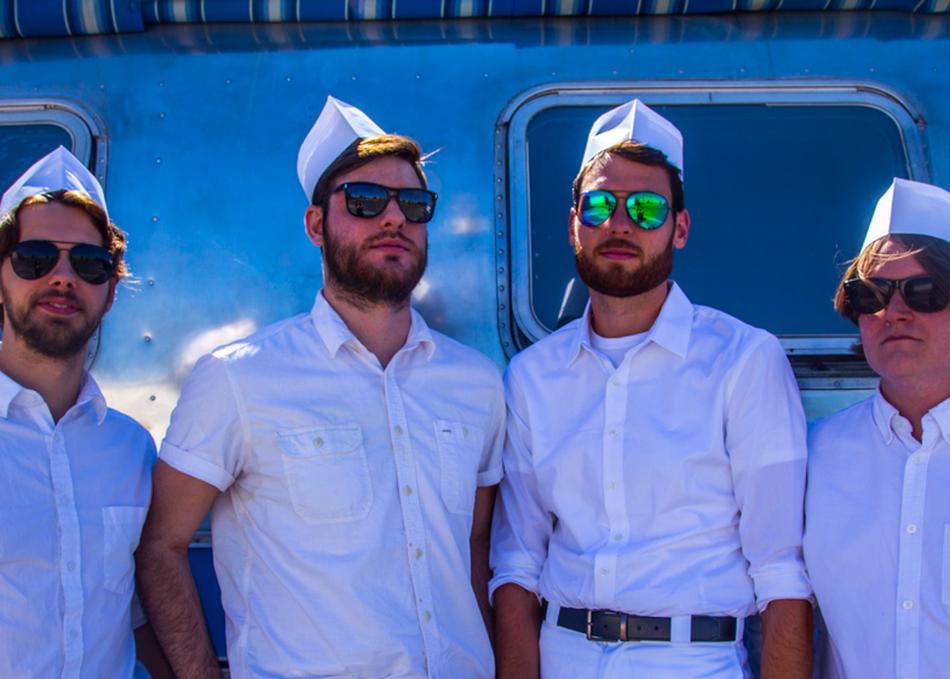 Chill Russell is an alternative rock band based out of Austin, Texas that combines musical elements such as psychedelia, experimentation, and pop to create a unique sound that is both distinct and accessible.

The band consists of vocalist / guitarist Marc LeFebvre, guitarist Chase Matkin, bassist Collin Hansen, and drummer Patrick Barrow. The quartet formed during the summer of 2015 after LeFebvre wrote the bands first self-titled EP and brought it to Barrow. As the two combined their musical talents, the songs began to take shape and this is when they brought in Matkin and Hansen to round out who we now call Chill Russell.

The band’s influences span from a range of genres, but each member’s adaption acquires their own brand of rock and roll from The Strokes and Modest Mouse, to Pink Floyd and The Rolling Stones. These guys have not only created a diverse characteristic, but have introduced something that will hypnotize an audience and will keep you hooked at every chord.

Building their experience off Austin’s Red River music scene, these four hard working musicians are determined to rock you to your core with their harmonizing vocal edge and bluesy guitar riffs. Chill Russell is destined to make sure each and every performance is a memorable one.

The band released their sophomore EP (“…And Yet We’re Captivated”) in November 2016, so keep your ears to the ground and get ready to hear what Chill Russell is rolling out.