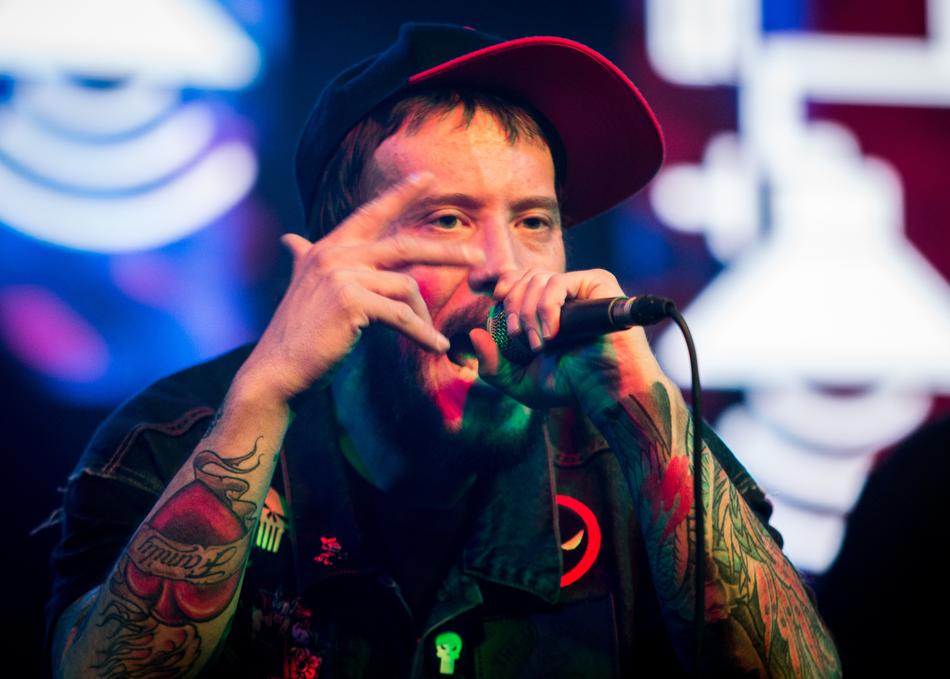 "Sulfur (real name: Sean Church) is a Charlotte, North Carolina-based rapper who cut his teeth in the eclectic Queen City music scene. As a longtime member of indie hip-hop group The ThoughtCriminals and the NOFRIENDS collective of artists, writers, producers, performers and other creatives, Sulfur has played extensively throughout the East Coast and the American South.

With lyrics centered on everything the frailty of human existence to Teenage Mutant Ninja Turtles, Sulfur is far from your typical backpack rapper or internet nerdcore head. This is further reinforced by his energetic live shows, which often highlight his passion for lock picking and skills as an escape artist—all this while continuing to rap his set."