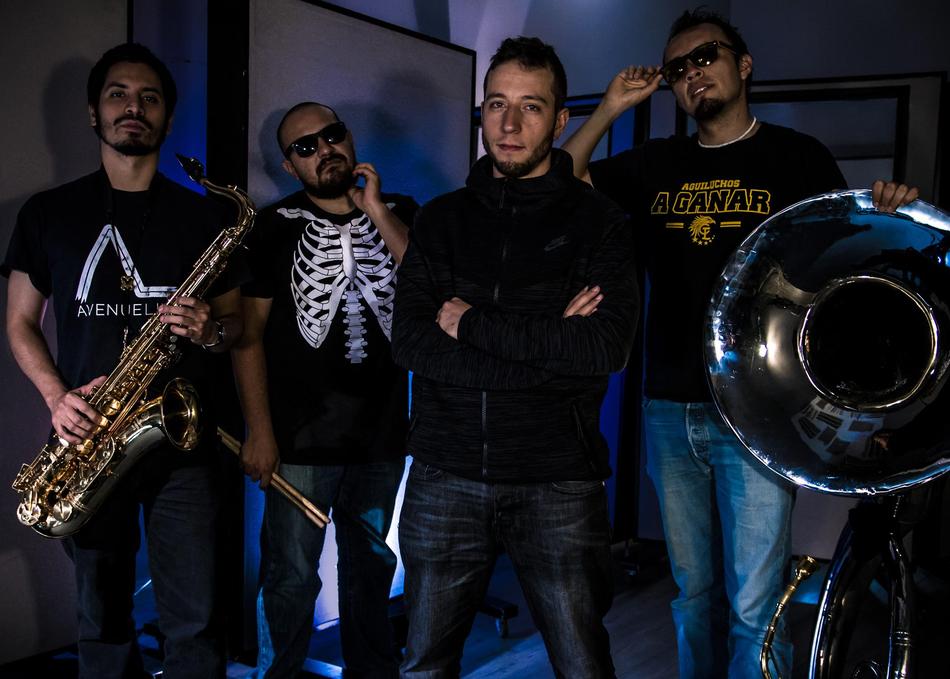 Borchi’s music is about taking New Orleans’ brass band to the dancefloor. A street carnival that turns into hymns for post-tropical clubs. It’s the sampleadelia of tropical life, a sort of instrumental hip-hop that is full of party; all filled with an energy that hits hard as life itself.” Mutek MX 2016.

Borchi is an inescapable presence in the Freestyle and World Music scene of Mexico. He is well known for his sampleadelic approach to production which he uses to combine melodies and sounds from street carnival bands, jungle-like percusions and emotive textures to creat a festive groove - full of energy, that reminds us artists like RJD2, Debruit, Izem, amongst others.

Borchi starts its solo path in 2014 with the BOMBOCO and IHCROB EP’s, being nominated for “Best New Producer” at Mexico’s Independent Music Awards (IMAS). In 2015 he does his first European shows in Spain, Germany, UK, France and is selected to participate at the Red Bull Music Academy in Paris. He closes the year releasing the “Vodú EP” which shows the seminal tracks for the Carnival Street Band Approach that would signature his current sound.

In 2016 Borchi creates a live show called “Borchi y Su Doble Redoble” where he takes textures, melodies and rhythms from all kinds of carnival street bands and turns them into club anthems. The show is premiered at “Boiler Room Mexico City: Deli Nights” with a live band where live sampleadelia is joined by a brass section composed of Gary Anzures and Asaph Sánchez from a the local Brass Band called “Brass Street Boys”. The strength of their sound takes them to be invited to play at the closure night at Mexico’s Mutek Festival, to have their single “Doble Redoble” nominated for “Best Production” at Samsung’s Mexico City Awards and to create a signature sound library for the Samplephonics Company.

Borchi is also part of www.cassetteblog.com, running the netlabel of the platform and co-hosting the site’s weekly radio show at Ibero 90.9 FM along Andres Oddone.