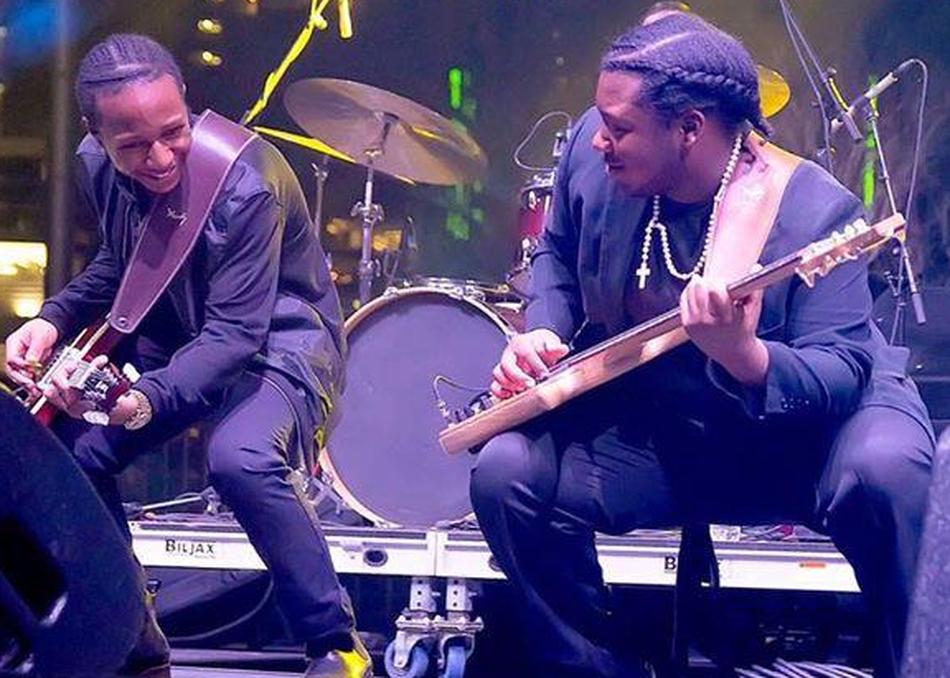 The Peterson Brothers possess a uniquely modern blend of blues, soul, and funk. Alex, 17, on bass and vocals, and Glenn Jr., 20, on guitar and lead vocals, have grown up playing together since they were very young. Rising stars in Austin, Texas, the Peterson Brothers self-titled debut album won the Living Blues Critics Award for Best Debut Blues Album of 2015.

In addition to holding a standing room only weekly residency at Austin’s famed music hall The Continental Club, Glenn and Alex are honing their chops daily, and are dazzling audiences playing gigs throughout the United States. The Peterson Brothers have appeared at the Chicago Blues Festival, Minnesota State Fair, Riverbend Festival, Austin City Limits Festival, Ogden Roots and Blues, and many more.

They have opened for the likes of Gary Clark Jr., Los Lonely Boys, the late B.B. King, Willie Nelson, and Lisa Marie Presley. The Peterson Brothers have also opened for and played with Buddy Guy and gained the attention of the one and only Bootsy Collins, who has become a true mentor.

“The only thing missing from the Peterson Brothers Band is the word “amazing” at the front of the name.”

“The Peterson Brothers Band are the new rising stars on the Austin music scene.”