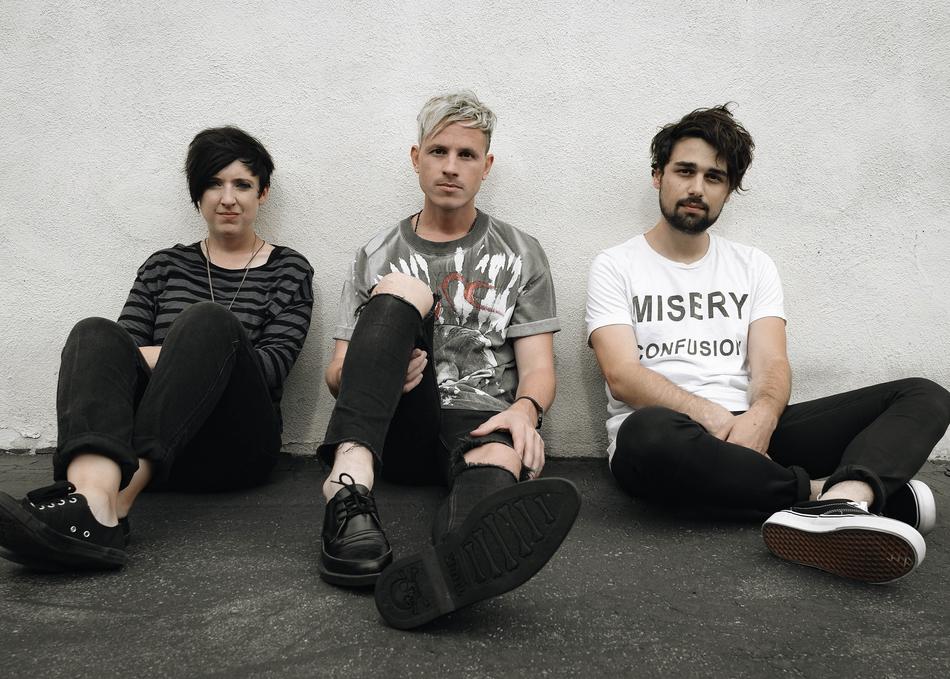 The promise of Los Angeles may well lie in Tennis System, who have thundered their way through their adopted city with a reverb-drenched ferocity that has, in short order, made the East Coast transplants the city’s band to watch.

One listen is all it takes to comprehend why the LA Weekly dubbed the band one of their “15 LA Bands To Watch In 2015,” and “one of the city's best live acts.” Tennis System are masters of unhinged, lo-fi psychedelia, laced with the inescapably pop DNA of The Jesus and Mary Chain, Nirvana and Ride. Behind the sweat-drenched performances, the Orange amps, and squalling anthems, is a coolly leather-clad trio. Arriving at the current lineup, however, was a spirit quest that took Tennis System from one coast to the other. It was in gritty Washington, DC that a young Matty Taylor, the band’s founder, steeped like tea in the music of Fugazi, Bad Brains, Black Tambourine and Nation of Ulysses, formed Tennis System, before decamping to Los Angeles.

After 2011’s much blogged-about self-released album, Teenagers (and its stunner of a single, “Hey We Tried”), the band returned in the fall of 2014 with Technicolour Blind, an appropriate name, for a heady fever-dream of an album. Los Angeles life, with its thrilling beauty and starkly menacing underbelly, left Tennis System sun-bleached and wary, and left their music imbued with the peculiar patina of a rough-and-tumble circumstance. Its tracks, including the title-track, “Memories & Broken Dreams” and the sparkling, anthemic, “Dead Honey”, are melodic departures from the gritty, fuzz-washed tunes of yore. The guitars still squeal, but listen closely… Taylor’s lyricism bears unexpected wisdom and woe. Recorded with Ulysses Noriega (The Wedding Present/Ben Fold/The Offspring) and John Girgus (Aberdee/Languis/The Legendary House Cats), mixed by Drew Fisher (The Melvins/Bleached/Babies) and mastered by John Greenham (Ice Cube/Aesop Rock/Chuck Prophet), Technicolour Blind garnered high praise. The LA Weekly stated, “Technicolour Blind is meant to be experienced somewhere intimate enough to capture their heart-wrenching lyricism, without losing their blaringly loud appeal,” while Consequence of Sound called Technicolour Blind, “a beautiful ode to feeling really shitty.” While The Four Oh Five called it, “a near perfect blend of shoegaze and indie-pop that will have you wishing summer was just a bit longer and dreaming of beaches and oceans.”