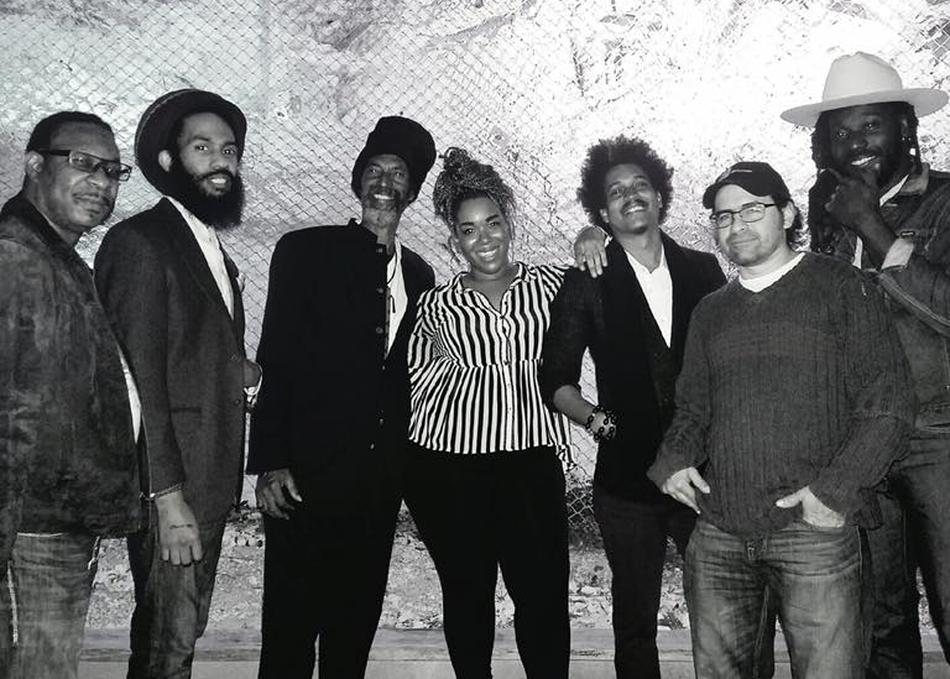 A multicultural cosmic experience with deep roots in the Caribbean, even though the culture and flavoring has its deep roots in Africa and the Caribbean Cornerstone was formed right here in Austin, TX, in 2012 with Grenadian guitarist/bandleader Akin Francis, Cuban bassist and vocalist Jorge Campozano, and Puerto Rican drummer and vocalist Julio Figueroa. With the addition of the soulful singer James Robinson from Memphis, TN and later the operatic vocalist and keyboardist Veronica Williams from San Antonio in 2016, Cornerstone developed a rich sound that meets at the intersection of roots reggae, dub, ska, R&b and soul with all the seasoning of Jazz. Percussionist Kali Salter from Connecticut and lead guitarist Ivan Daddy I Wallace from Chicago and Minnesota later made a triumphant return to the group that same year, leading to what has since become an intoxicating, highly danceable groovy music that choir’s the Cornerstones tonality. With influences from near and far, classical to contemporary down beat to roots the band describes itself as “where uptown meets downtown and rocker meets blues—reggae got soul.” This group is “the stone that the builder refused,” but their hybrid sound makes it obvious that they’re keeping true Austin Texas musical tradition where things can get a bit weird.