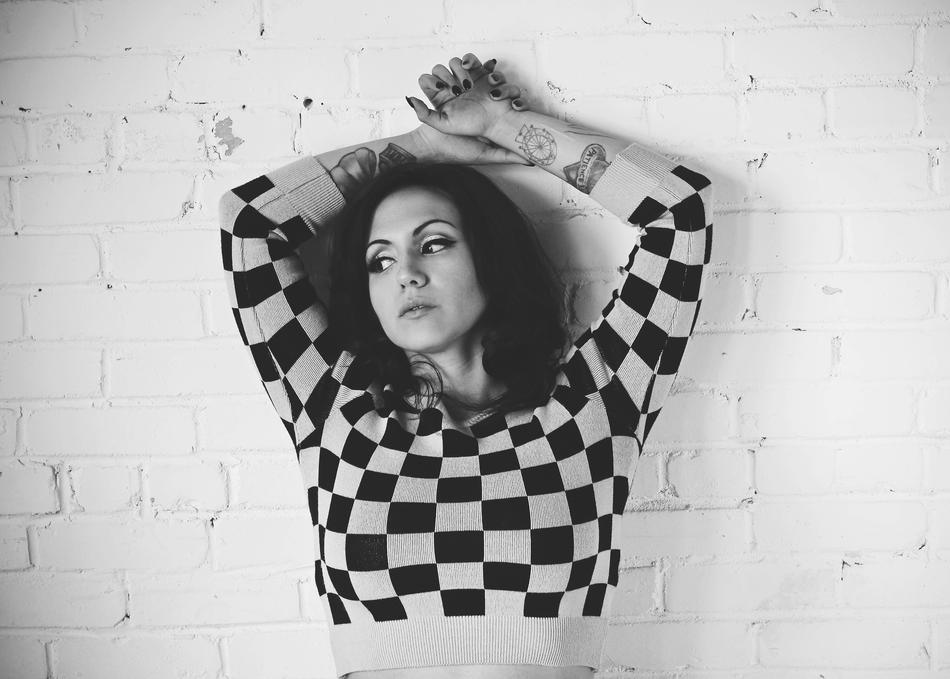 Many albums capture the flood of introspection that comes after a life-changing experience. But the debut solo album from Nina Diaz, The Beat Is Dead (Cosmica Records)—an expansive body of work that sonically references musicals, alt-metal, indie pop, new wave—powerfully chronicles Nina’s journey itself. “This album is the story of my addiction and my sobriety,” she says. Some songs were written while using, some in the infancy of going clean, some looking back months later with clarity. “It’s like I shed a lot of different layers of skin during this process.”

Nina Diaz began performing with Girl in a Coma when she was only 13. After a decade fronting the critically hailed indie-punk band that was famously nurtured by Joan Jett, opened for Morrissey and Tegan and Sara, and earned multiple Independent Music Awards, the decision to work on solo material was a big transition. “It was a little rough at first. People were scared—I was scared!” she says. “But I knew I just needed to do this.”

The creative floodgates opened. Allowing herself to express these rushes of emotion liberated Nina artistically. “After you’ve made a fool of yourself by treating yourself like I did while I was using and drinking, everything after that is, like, nothing,” she says. “‘Why not try this? Why not do that?’” With this abandon, she willfully drew on all of her influences: They didn’t have to speak to an overall sound; they just had to make sense in the moment. “Each song has its own message, its own energy,” she adds. What began, in her mind, as a five-track EP, grew into something epic. All told, it took her three years to assemble The Beat Is Dead. Released on October 28, 2016, the album has received raves from everyone from NPR to Elle to the Austin Chronicle.