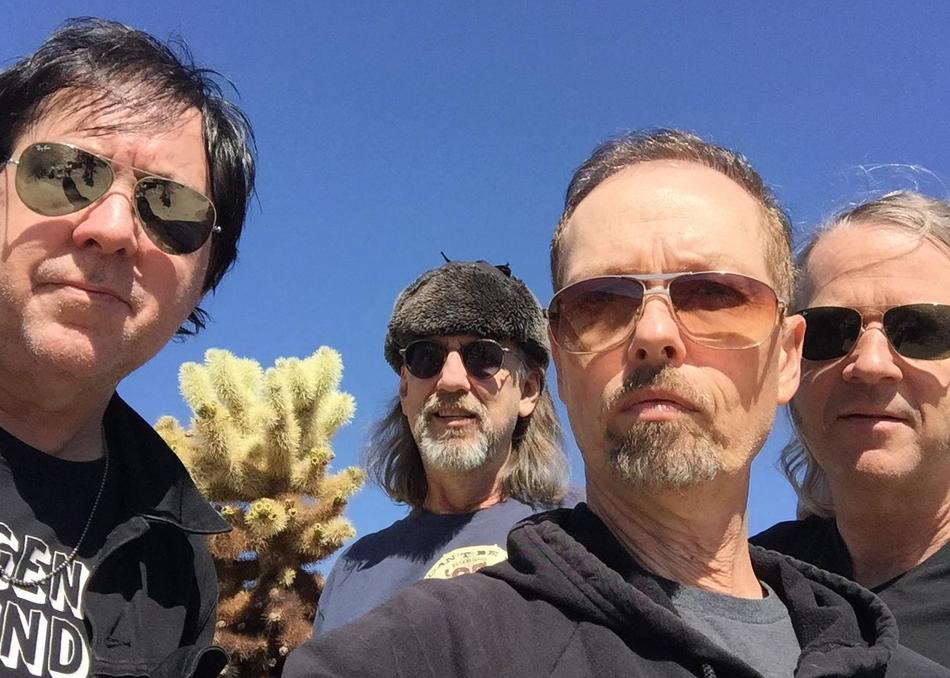 The Jigsaw Seen - Where The Action Isn't

"The Jigsaw Seen For The Discriminating Completest" (Rarities And Singles 1989-2015) on Burger Records is the latest release to feature the prolific Los Angeles band's masterful mix of Art Rock, Psych, Garage and Americana.

The album is a career-spanning retrospective on Burger Records that encompasses tracks originally released on the Del-Fi, Eggbert, Get Hip, Rhino/Warner, Skyclad and Vibro-phonic labels that were previously unavailable on any of the band's albums.

The collection includes The Jigsaw Seen's unique renditions of songs by Arthur Lee ("Lucy Baines"), The Bee Gees ("Melody Fair"), Henry Mancini ("Baby Elephant Walk") and a speaker-rattling take on "The Best Is Yet To Come" that Frank Sinatra and Tony Bennett never could've imagined, in addition to hard-to-find versions of eight of the band's most popular songs.

The Jigsaw Seen will follow-up their appearance at SXSW with an East Coast tour beginning March 23, 2017 in Asbury Park, NJ.

The Jigsaw Seen's previous releases this decade, "Old Man Reverb" (2014), "Gifted" (2012), "Winterland" (2011) and "Bananas Foster" (2010) received great reviews from UNCUT (UK), The Sunday Times (UK), The Independent (UK), The Daily Mirror (UK), Blurt, Glide, Babysue, Big Takeover, Dagger, PopMatters, All Music, iTunes and countless weekly and daily papers, also appearing on numerous “Year End Best Of” lists in the US, UK, Spain, Sweden and Norway. Tracks have been featured on NPR’s “Song Of The Day” and Magnet magazine’s “MP3 Of The Day.” The albums appeared on CMJ's Top 200 chart, reaching the Top 10 at numerous radio stations in the US and Canada and receiving airplay in the UK, Japan, Australia, Germany, The Netherlands, Spain and South America.

The Jigsaw Seen's music has been heard in the television series "Futurama," "Shameless," and "Wilfred" among others, and will be featured in the upcoming theatrical film "Who Gets The Dog?" starring Alicia Silverstone.

The list of bands that opened for The Jigsaw Seen in the '90s includes the Smashing Pumpkins and Kara's Flowers (Maroon 5.) The Jigsaw Seen have performed on bills with a diverse assortment of acts including Brian Wilson, Eels, Afghan Whigs, The Dwarves, The Muffs, The Cynics, Emitt Rhodes, Davie Allan, Plimsouls, Ann Magnuson and many others.

Jonathan Lea and Tom Currier of The Jigsaw Seen performed with Ray and Dave Davies of The Kinks at their historic reunion in London on Dec. 18, 2015.

The Jigsaw Seen's classic track "My Name Is Tom" is included on the box set "Children Of Nuggets: Original Artyfacts From The Second Psychedelic Era" released by Rhino Records/Warner Music in 2005.

The Jigsaw Seen are one of the most-played artists in the history of legendary DJ Rodney Bingenheimer's long-running radio show “Rodney On The Roq” on Commercial Alternative Rock station KROQ in Los Angeles.

The Jigsaw Seen have been nominated for a Grammy and an LA Weekly Award.

"Definitely one of the best bands in America right now." BLURT

"The Jigsaw Seen is about due for a lifetime-achievement award." MAGNET

"The Jigsaw Seen could be viewed as the missing link." THE LONDON EVENING STANDARD

"Virtuosic, inventive, and uncertain whether they're flippant or tragic." UNCUT