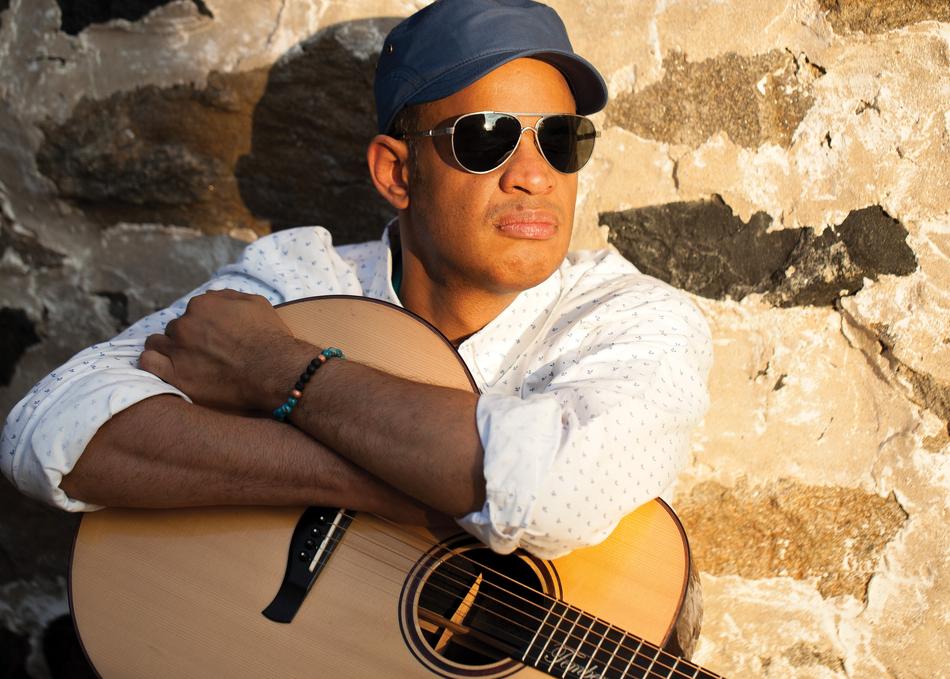 “A one-man band who turns a guitar into an orchestra and his voice into a chorus.”

Singer-songwriter and guitarist Raul Midón has earned renown as one of music’s most distinctive and searching voices – “a one-man band… who is spiritually connected,” according to The New York Times, and “an eclectic adventurist,” in the words of People magazine. The New Mexico native, blind since birth, has released eight albums since 1999, including the acclaimed studio productions Don’t Hesitate (Mack Avenue, 2014), Synthesis (Decca/Universal, 2009), A World Within a World (Manhattan/EMI, 2007) and State of Mind (Manhattan/EMI, 2005). He has worked with a list of luminaries including Herbie Hancock, Marcus Miller, Dianne Reeves, Stevie Wonder, Snoop Dogg, Jason Mraz, George Benson, Al Jarreau and Lizz Wright. Attesting to his enduring ambitions is Midón’s ninth studio album, Bad Ass and Blind, due for release via Mack Avenue/Artistry Records March 24, 2017. J