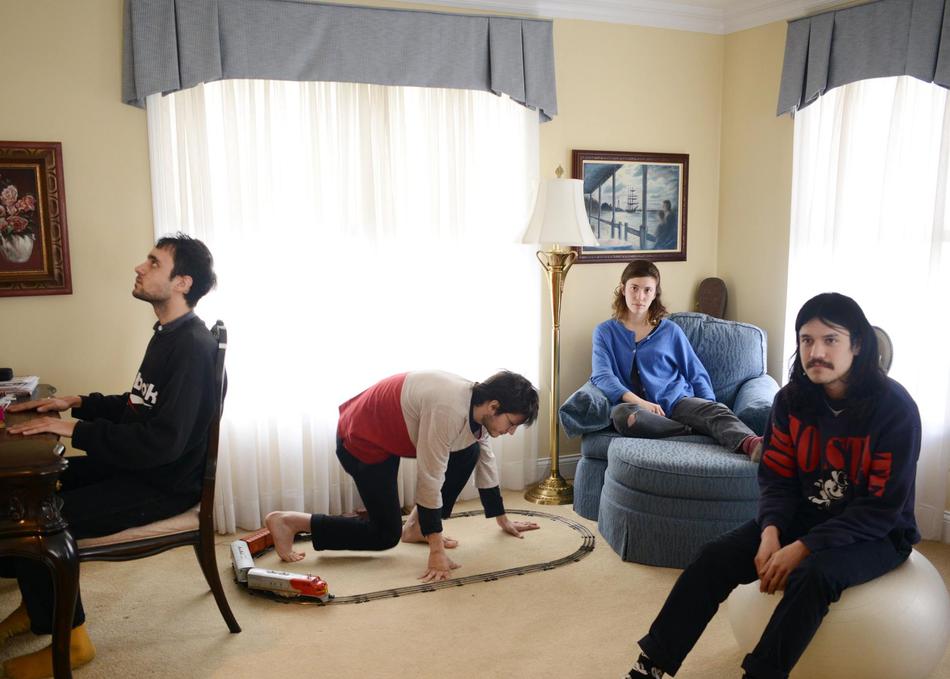 While the four-piece have made their home in Philadelphia, Palm’s story starts with the kinship between dual guitarists/vocalists Kasra Kurt and Eve Alpert. The two started the band alongside drummer Hugo Stanley and bassist Gerasimos Livitsanos. Palm’s early material was entirely instrumental and concentrated on the interplay between Kurt and Alpert’s thick, mechanical guitar parts against Stanley’s sparse, loose drum phrases and Livitsanos’s well-plotted root notes. Palm’s members draw inspiration from a palette informed by punk, pop, metal, jazz, skronk, and bossa nova. They refined their sound with a focus on interlocking detail, contrasting density with levity, and an interest in vocal melody and lyrical metaphor to rise above the progressive rock fold.

In 2015, Palm released their debut full length, Trading Basics, on Exploding in Sound and Inflated Records. They garnered widespread acclaim from international publications including Pitchfork, Rolling Stone, Stereogum (Band to Watch), and more while also quickly gaining notoriety for their captivating and intricate live show. Palm’s sound has given art rock a facelift, laying a foundation for a future that looks limitless and bright.