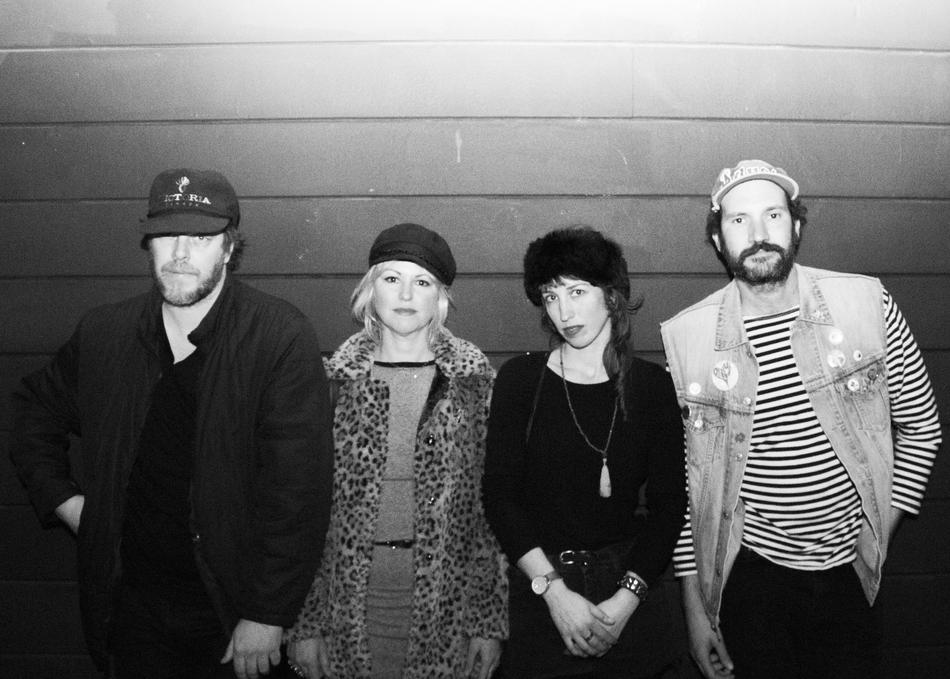 Poet Frank O’Hara wrote, “Each time my heart is broken it makes me feel more adventurous.” Think of the eight songs on Oh, Evolution, then, as the catchy beat from a ‘60s AM radio, driving along the sun-kissed California coast, where all sadness melts away into the ocean. You’re on a road trip with San Francisco singer-songwriter Sarah Bethe Nelson, who’s at the wheel, meditating on her adventures with Mission District drag queens, DIY garage rockers, beer-logged poets, and romantics. The top’s down, you’re feeling the warm wind across your face as you escape the claustrophobic anxiety of cosmopolitan life. It changes you; the vibrations give you clarity.

Since releasing her debut Fast-Moving Clouds on Burger Records last year, Nelson’s kept her job as Mission District bartender. She’s also been on the road with her band writing Oh, Evolution with her self-referential polaroids of a local Bay Area “Sugar Factory” (a

fuzzy romantic allegory, perhaps), or resolving existential turmoil with bratty simplicity, “I Don’t Care,” which deliciously blends ‘70s adult-contemporary with glossy indie-pop. Nelson’s clear alto is the guiding light on the album’s first track, the lead single, “Hazy,” where her gorgeously detached vocals flicker over jangling guitars that sparkle as she says, “You were lying. And I was crying.” The track showcases Nelson in her natural state on this record, where melancholic lyrics are glued onto a notebook covered in glitter and primary colors. It’s a departure from Fast-Moving Clouds, where the songs were reminiscent of ‘90s “slowcore.” There’s the opposite effect, too, on the track “Sugar Factory,” where the sweet nostalgia in her words are clouded by fuzzed-out guitars and a brooding beat.

Juxtapositions aside, thematically, Oh, Evolution is centered on

pulling back the shades on the regularity and stagnation of adulthood. It’s a musical exhale by Nelson who casts the light in different directions, from the Midwestern rootsiness of Sheryl Crow on “Bright Thing,” to ‘60s girl-group elements on “Hazy.” The two ballads, “Face the Waves” and “Deadbolt” are both intensely emotional songs that deal with loss and decaying romance. It’s Nelson in her preferred state on

a record that’s both self-aware bubblegum, and a fistful of crumbled love letters.