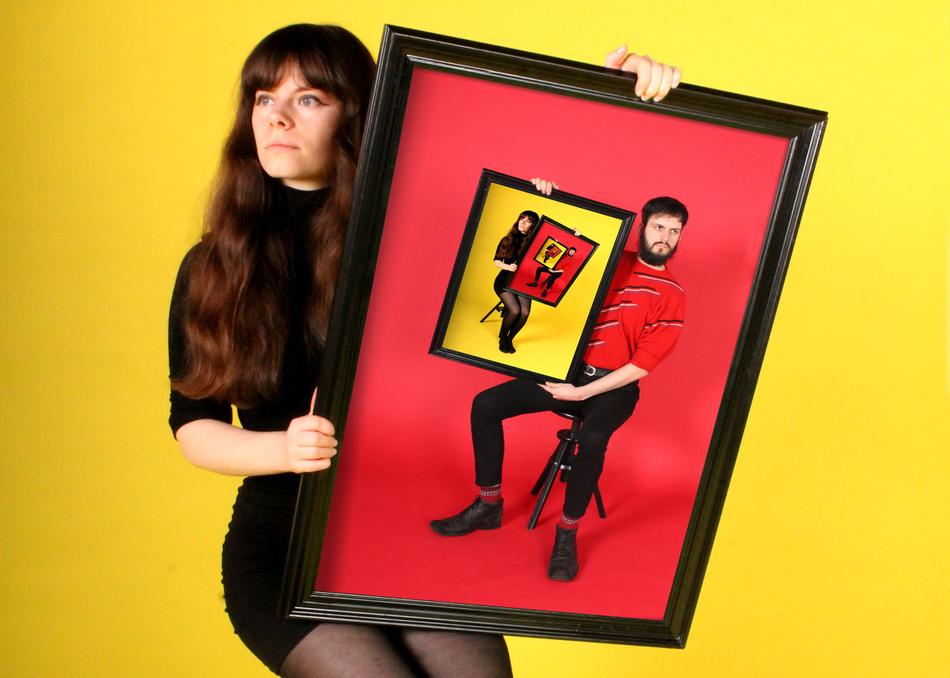 Happy Meals - If You Want Me Now

Sitting somewhere between Kosmische-Disco, French-pop and Acid House, all with a distinctively Gallic flavour, Happy Meals are a burning curiosity emerging from the Glasgow DIY underground. Known for their energetic live performances using all-hardware electronics and inclination to get down on the floor amongst the party, their previous releases on Night School Records (Molly Nilsson, The Space Lady, Group Rhoda) brazenly stride from kraut-experiments to all-out euphoric pop to bursting analog house.

Suzanne Rodden takes lead, singing in both French and English with production alongside Lewis Cook (also of psychedelic explorers, The Cosmic Dead) to create the beguiling chansons-étranges found on debut album, Apéro (shortlisted for the Scottish Album of The Year Award) and 2016's follow up EP, Fruit Juice.

In the short life of the project, Happy Meals have already performed as far away as Russia and India as well as all over Europe and with two new records lined up for 2017 (Night School Records and new Optimo sub-label, So Low), their potent magickal allure is certain to resonate into the future.