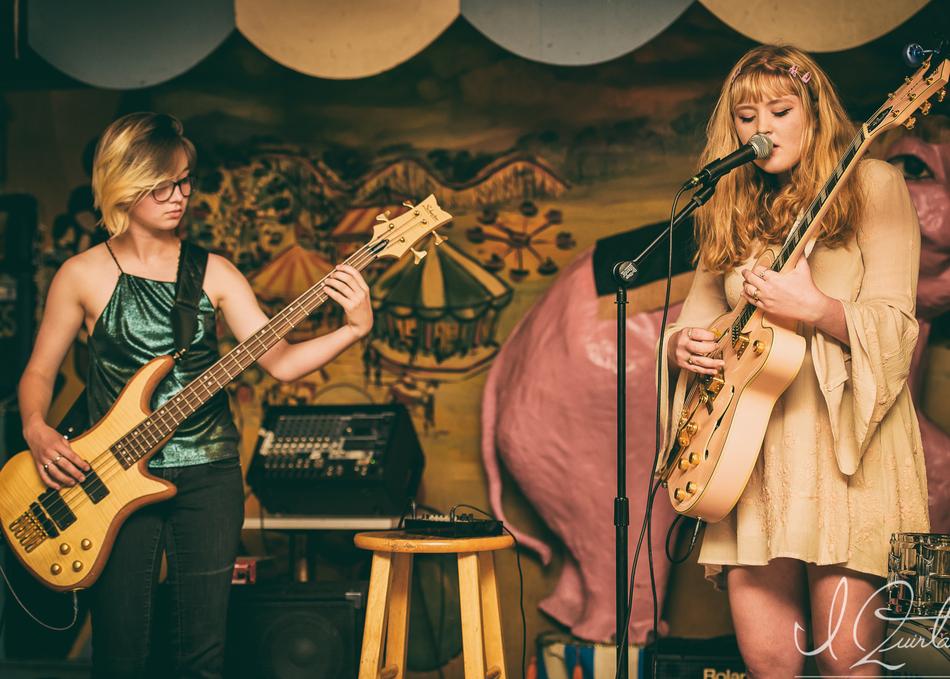 'Misimplicity, who formerly performed and released music under Grace London, is a two piece band made up of Grace London and Zoe Czarnecki. Grace's honest songwriting and Zoe's strong bass presence coupled with DIY percussive elements such as their kick drum and drum machine creates a raw indie-folk sound with a grungy feel. Though the girls are only 16, they're already SXSW and ACL veterans.

Under Grace London, two albums have been released entitled "Rocketship Girl" and "Brains", both produced by Austin's own Brian Beattie. The pair has released the first EP under the new name in September of 2016, which is self-titled "Misimplicity". Misimplicity expands on the sound of the previously released albums by Grace London and represents a fresh new start for the group with a new and improved energy, along with a new name.'