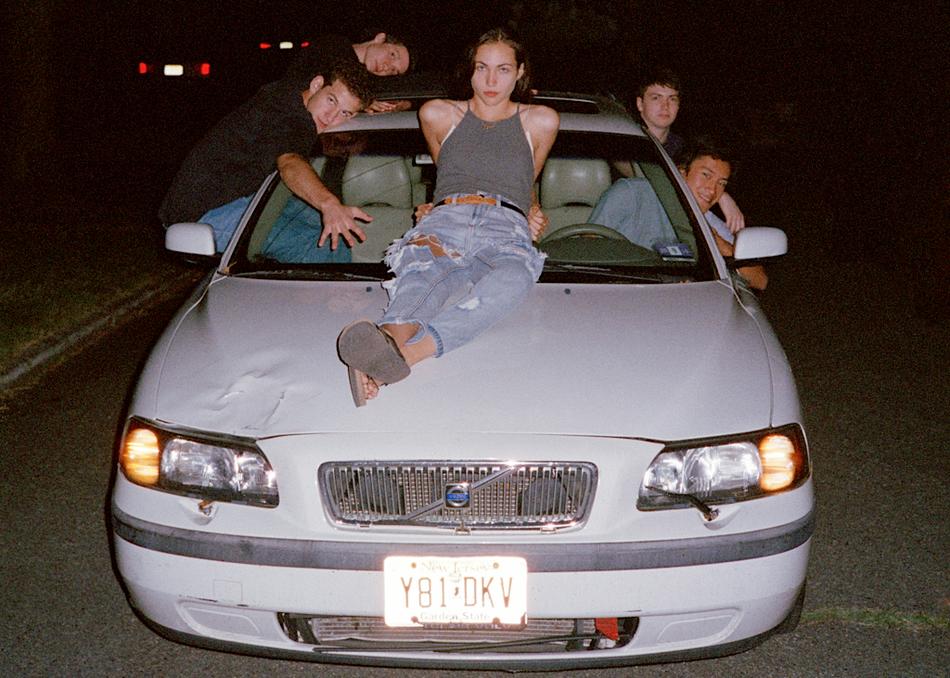 Forth Wanderers are five friends from Montclair, New Jersey. Together they make some of the most powerfully intimate and emotive indie-rock music you’re likely to hear. Comprised of singer Ava Trilling, guitarists Ben Guterl and Duke Greene, bassist Noah Schifrin and drummer Zach Lorelli, despite all being under the age of 21, the group have been prolifically forging musical creations from the bedrooms of their Garden State township since 2013.

“In winter of my junior year of high school I was trying to find a way to talk to Ava, who was a freshman at the time and I kind of had a crush on,” recalls guitarist and songwriter Ben of the band’s formation. “I had no intention of starting a band, but I thought sending her a demo would be a great excuse to hang out because I knew she sung from middle school. I sent it to her and nothing came of it. We never got together and I forgot about the song, until eventually I received a demo back from her with vocals on and I just thought ‘wow’”. It’s the kind of story that great songs are written about. But such is the perfect narrative that preempted the band’s debut EP Mahogany, as the songwriting partnership was completed by Ben’s three best classroom friends, followed swiftly by long-player Tough Love in 2014.

With their burgeoning discography it’s hard to believe that Ava only just graduated high school this June, and the rest of the band are in their junior college year. But it’s fair to say that with EP ’Slop’ the band are truly arriving on the international scene. Over just four tracks the band manage to create an intense impact with the effortless, earnest melody of Ava’s talismanic vocals soaring above the untempered churns of Ben’s haunting, raw guitars.

“I love too much, to hurt this bad,” Ava mourns amidst the climactic closing moments of the EP’s title track and lead single in one especially lovelorn refrain. “It seemed fitting to how I was feeling at the time,” Ava recalls of the song’s creation. “When Ben showed me the guitar parts he had written I immediately fell in love with it. Writing the lyrics and melody came super naturally.”

Forth Wanderers have been building a loyal fanbase plucked from disparate scenes, drawing comparisons from everyone from Built To Spill and Pavement to Mac Demarco and Weezer. But the urgency and immediacy of what they do feels almost unparalleled amongst the current wave of breaking indie music. The EP is as euphoric as it is lamenting, with ‘Know Better’ opening proceedings with driving, strident guitar swirls and some real earworm hooks. ’Nerves’ bursts forth from fizzing, lo-fi shackles to give some of one the band’s most head-nodding moments. Before seismic closer ‘Unfold’ bring things to a heart-wrenching finale “I’ve been tired of hearing fake speeches, needless to say I’m in love with you…” Ava croons amidst its epic closing bars.

“I was going through a weird time,” she remembers. “But these songs felt great to write. With every song Ben sent me, lyrics would ultimately pour out." The cathartic reward that Ava speaks of is impossible to escape when listening to the Slop EP, the empathy from laying bare everyday life’s rawest moments. It’s this powerful sense of kinship that will likely see the band continue rising as one of the most eagerly followed new acts around.