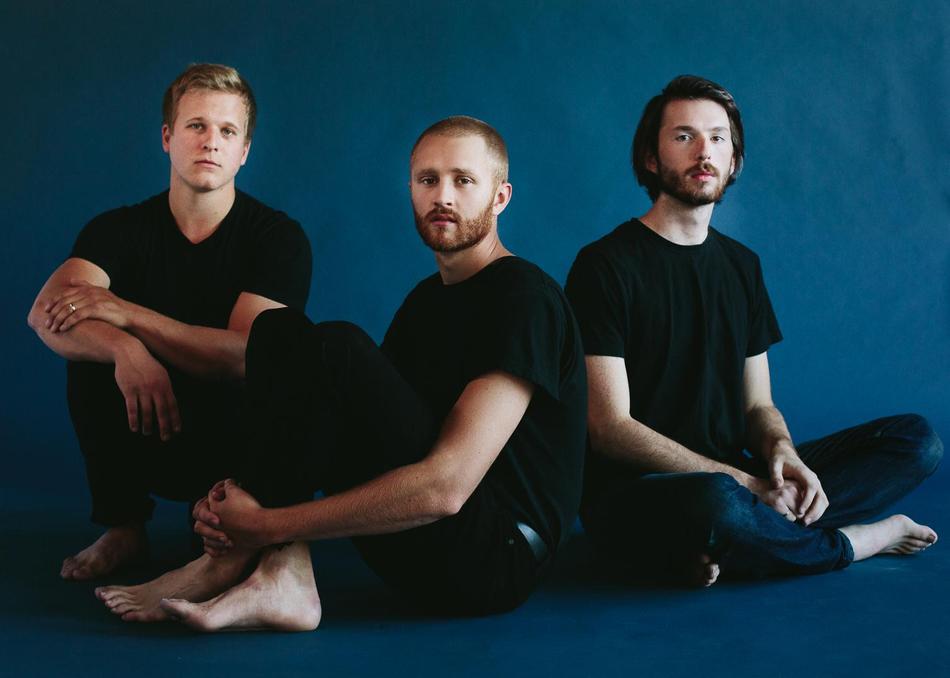 Close Talker is the exalted indie rock trio from Saskatoon, Canada. Formed in 2012, the band has made great strides in a short period of time: two releases, numerous tours throughout North America, Europe, and the UK, and international attention from revered and critically acclaimed blogs and publications. Close Talkeris a band born and raised in the Canadian prairies, made up of childhood friends Will Quiring, Matthew Kopperud, and Christopher Morien. Since becoming a trio in the summer of 2015, the band has now honed their craft, creating a more vast and iconic sound that is turning heads and drawing crowds around the world.

Close Talker is set to release their latest recording Lens April 21, 2017 through Nevado Music (worldwide) and DevilDuck Records (Europe). The 10 song LP showcases the band’ s maturity and poise, while entering new realms of pop sensibility. Produced by Matt Peters (Royal Canoe, Waking Eyes) and mixed by Marcus Paquin (The National, Arcade Fire, Local Natives), Lens unleashes musical talent and precision without sacrificing the raw energy, homegrown feel, and vulnerability of the band’ s acclaimed live show. The more subtle track ‘ Afterthought’ received high praise and regular rotation on NPR’ s World Cafe, stating the song is “as intimate as it is earnest... it's expansive and as a result, an invitation to lean right in”. While Lens remains an energetic and urgent blend of rhythmically driven grooves and spacious indie rock, the band continues to evolve as one of the Canada’ s most innovative and, according to Q Magazine, most exciting exports.

Over the course of the band's existence, Close Talker has constantly refined their approach to music, composition, and poetry, focusing more on content that pries while still remaining accessible. Writing and recording Lens during the harsh desolate prairie winter lead the band to new depths of creativity while still trusting instincts and simplicity. Lens is to be experienced in a linear, introspective light, as the lyrics illustrate the sober bias (lens) towards one's social life. Loaded with heavy drums, thick keys, and always-special guitars, rivaled only by sincere vocals, the band has now entered a state that forges an earnest expression from every vantage point. For Close Talker, Lens marks a new chapter: creating music more authentic than ever before.