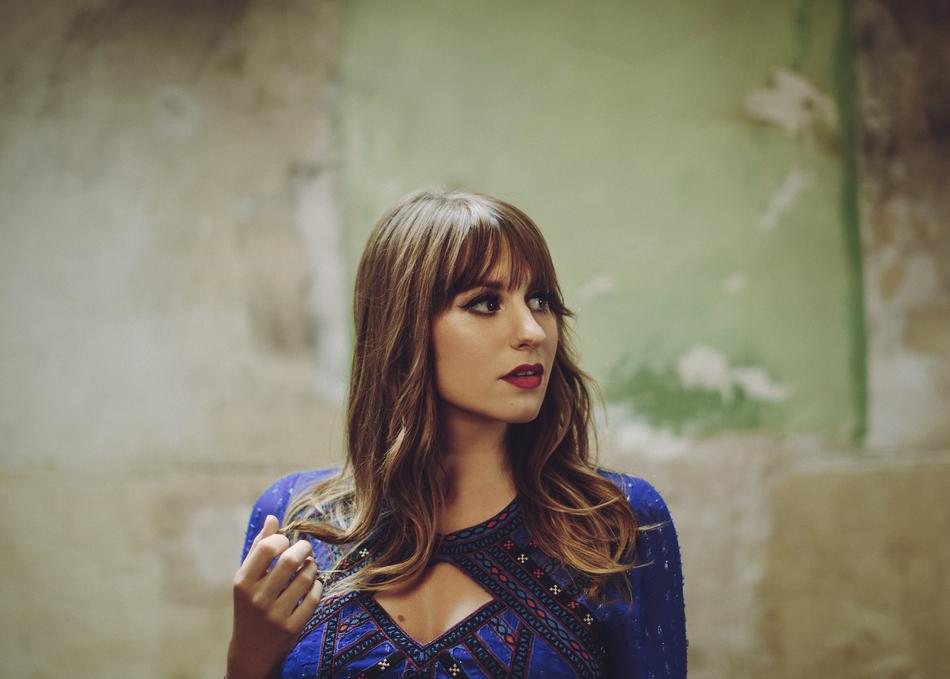 In a time when everything is big, fast and bombastic, it's rare to find an artist who can hush a room with just the power of her voice or the will of her pen. Caitlyn Smith, one of Nashville's most prized writers, is one of them: and, after years spent composing songs for and with everyone from Dolly Parton to Garth Brooks to Meghan Trainor, she's finally ready to unveil all sides of her enormous talent with Starfire. Long lauded for her ability to whirl pure emotion into unforgettable tracks, Starfire is a raw, visceral journey about love, hardship and the struggle to pave your own way, all anchored by her unforgettable tone. A few minutes of listening and one thing becomes abundantly clear: there is no one better to sing the music of Caitlyn Smith than Smith herself.

"I wanted to unlock my heart and dig around inside a little," Smith says about the songs of Starfire, with the first five songs available now. "And I wanted to be more vulnerable, and tell the stories I have lived. It's more of a raw process to write for myself."

Indeed, songs like "Before You Called Me Baby" shake the listener to the core: blending her soulful vocals with stirring, deeply honest lyrics and instrumentation that only amplifies the organic construction, they occupy a unique space that can both blossom with a full band or be stripped down into intimate, solo experiences. Because Smith, who has toured and opened for acts such as Eric Church, Sheryl Crow and Dierks Bentley, understands not only how important the craft itself is, but also how music can – and should - transform in a live setting. With just her acoustic guitar, Smith can stun to silence.

Raised in the small town of Cannon Falls, Minnesota, Smith grew up singing in the church and at county fairs – and it soon became abundantly clear that her talent stretched well beyond the ordinary. She wrote her first songs at the young age of eight, and had already convinced her parents that a career as an artist was her true path by the time she reached her teenage years. "I released two records before I graduated high school," Smith recalls. "I knew I needed to do music and nothing else." After a stint in Minneapolis, it was clear that Nashville was where she belonged, and she quickly became a sought-after force in the songwriting scene: so much so that even music she intended to sing herself quickly got snatched up by others, yielding her two top country hits, including the platinum "Wasting All These Tears," recorded by Cassadee Pope.

A celebrated force in the writer's room, Smith's also had her songs cut by Parton, Brooks and Lady Antebellum, and co-wrote Trainor's John Legend duet, "Like I'm Gonna Lose You," among many others. For a while, Smith balanced her two worlds – as an artist, and a writer – while primarily focusing on the latter, working to perfect her craft and discover exactly what she wanted to say in her solo work. She released some music under her own name, but it didn't capture the spirit she ultimately wanted. "I was shooting for something instead of singing music that was in my heart, that I loved," she says, as honest as ever. "So I stepped back. I said to myself, 'the next thing that I release, I don't want to ask anybody's opinion. I want to go into the studio and make a record that I love and is true to me.'"

That next thing became Starfire, produced by Paul Moak, who quickly became Smith's trusted collaborator. They would often bunker down at his Nashville studio, while Smith enlisted friends and colleagues for co-writes, like Gordie Sampson, Kate York and Sarah Buxton. But suddenly, some news came along: Smith was expecting a child. "It added a beautiful layer of excitement," she says. "Not only was I making a record, but I'm making a life. This little boy has been along for the ride."

Starfire, itself, is all about growth, and what it takes to get to your most honest and true incarnation. Smith decided to trust her strengths: her soulful vocals, her strong sense of imaginative storytelling and her ability to craft melodies that exist outside of genre walls and instead focus on timelessness. But there are plenty of infectious hooks in there, too.

"We didn't want to think about genre or radio or any boundaries," she says. Like Chris Stapleton, Maren Morris or even Crow, she artfully blends a steady catalogue of influences and reference points, held together by stellar craft and her formidable voice. "We wanted to make music that moved us, stay out of the way of the songs and let my voice shine through. Some songs sound more country, some sound more folk. There's a little rock and soul in there, too, which makes it a bit of a genre-less record. But it feels just right to me."

Genreless, maybe, but full of vitality, and also downright honest. Take a song like "This Town is Killing Me," about how life as an artist in Music City isn’t all champagne and roses, even when there are small successes. "It can be a such a hard, heartbreak