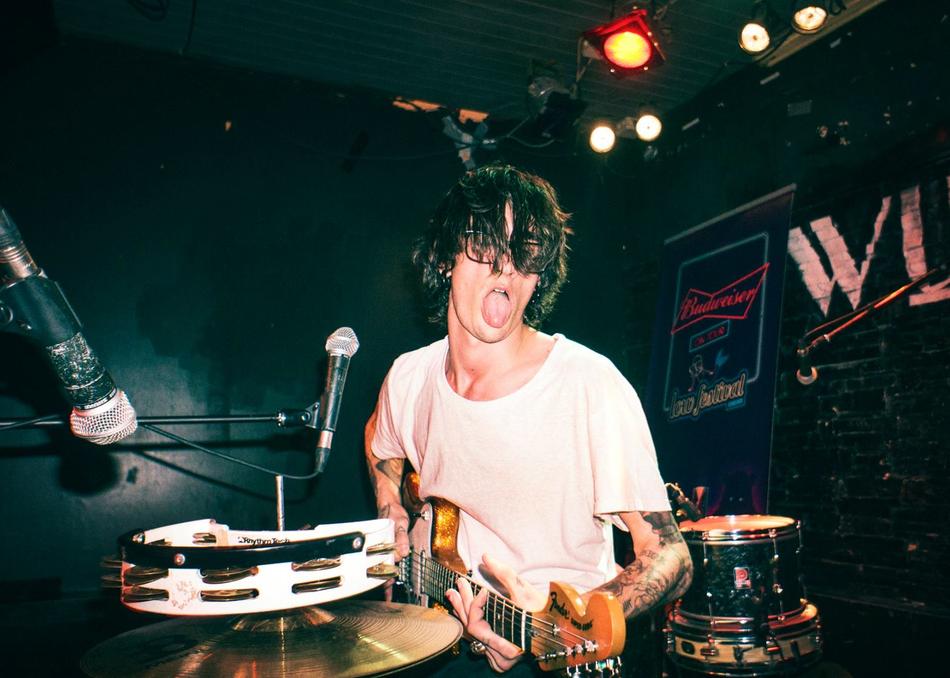 Raised up in a hardcore punk & skate background, Dani (Madrid, 1992) started playing alone as King Cayman, mixing the anger & speed of punk with fuzzy pop melodies. The result is a wild, wild live performance with an echoed mayhem playing under a hiperactive noisy atmosphere. Young and agresive, King Cayman has toured Europe twice, performing in such different spaces like venues, squads, skateparks or big festivals. His new album, entitled "Death" is about to be released this year, promising a new chapter of kung-fu-pop.