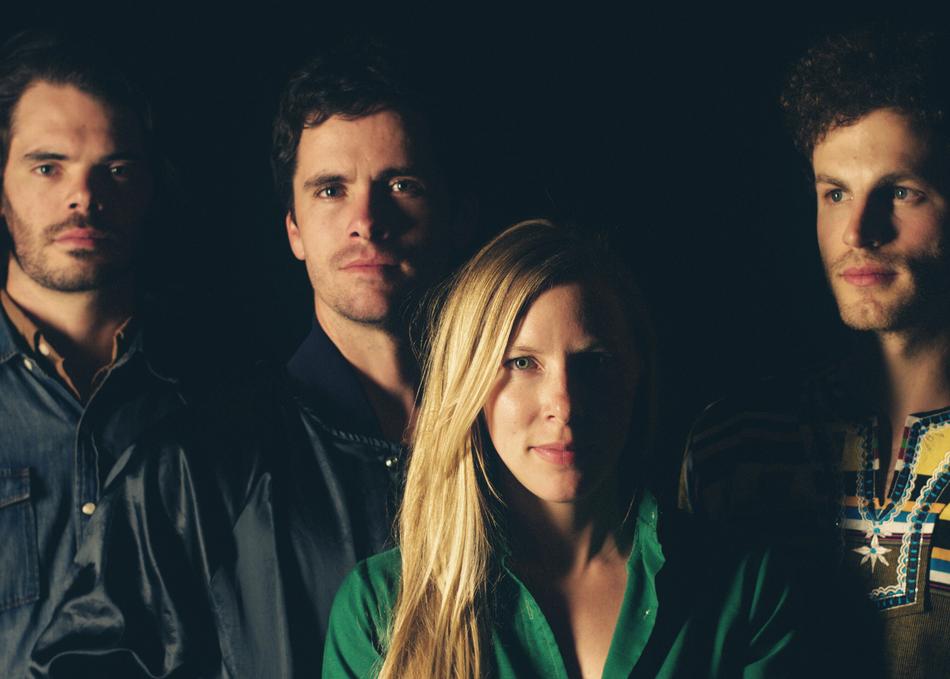 River Whyless - All Day All Night

“We stopped clinging to our individual visions,” says Ryan O’Keefe. “All our songs and ideas got thrown into one pot from which anyone and everyone was free to draw.”

“Nobody felt as though they were compromising because it was all completely new and unexplored territory,” adds Daniel Shearin.

“We were mashing songs together,” says Halli Anderson. “We were co-writing choruses and trading verses and switching instruments.”

“There was an energy,” adds Alex McWalters. “And the songs just kept coming.”

When River Whyless set out to write We All The Light (out August 26th on Roll Call Records), its three original members – O’Keefe, Anderson and McWalters – were already accustomed to “collaborating” with each other. Collaboration is a word often used to glamorize a much less appealing process: compromise. By definition, compromise requires mutual concessions. It means one must listen at least as much as one speaks. It’s a give and take, a back and forth, an amendment of individual visions for the sake of something greater. With We All The Light, River Whyless bought into that process.

The band’s music has already gained fans in the press. NPR Music’s Bob Boilen says the "immensely talented band from Asheville, N.C., was my favorite discovery at this year's Americana Music Festival. River Whyless builds its music around fiddle, guitar and harmonies, with imagination and textures that set the band apart from many of its acoustic and folk-based peers." Paste called their self-titled EP one of the best of 2015, saying "sometimes it can be hard to stand out in the crowd when you're producing experimental folk rock. Plenty of groups are capable of harmonizing well and turning simplistic rhythms into infectious anthems, but it's rare to find artists who can evoke as much emotion as River Whyless." River Whyless will make their Newport Folk Festival debut this summer, and also return to the Americana Music Festival in Nashville.

We All The Light is an album about heeding the need to adapt, to change, and, yes, to relinquish. It’s about submitting to the pains of compromise in order to honor the belief that the whole is greater than the sum of its parts. It’s about taking to heart the virtues of equality and learning how much more complicated that can be in practice than in theory. But also how rewarding.