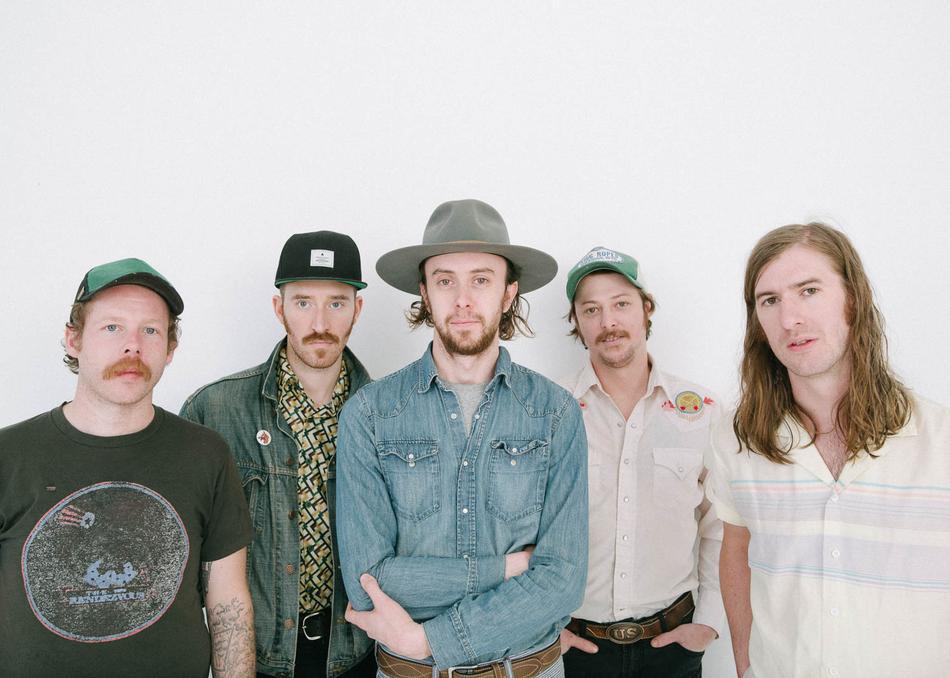 Mail the Horse is a country clunker of a five-piece careening down a highway laid to waste with Stones psychedelia and heartbroken hymnals, the tailpipe stuffed with marigolds. Recorded with Hunter Davidsohn (Porches, Frankie Cosmos) at Business District Recording in Western New York, their new EP, Magnolia (out June 10) channels the vibes of mid to late 70s Stones and elements of Springsteen.

The album’s sonic resonance with the rock Gods of the past should come as no surprise to anyone who has seen Mail the Horse live. Their songs simmer with a sincerity and twang that has blown the doors off of basements in Brooklyn and captivated crowds at festivals across the country. Their pedal steel player slinks through the tunes while the band's two crooners belt out anthems and spellbinding harmonies with a casual gaze.

Born in a basement apartment known affectionately as the Gates Motel on Gates Avenue in Bushwick, Mail the Horse has been playing the kind of rock and roll that makes lady-mullets stand on end since 2010 and are set to explode into the summer of 2016. Magnolia is the strike-anywhere match brushing seductively along the dusty edges of the powder keg.