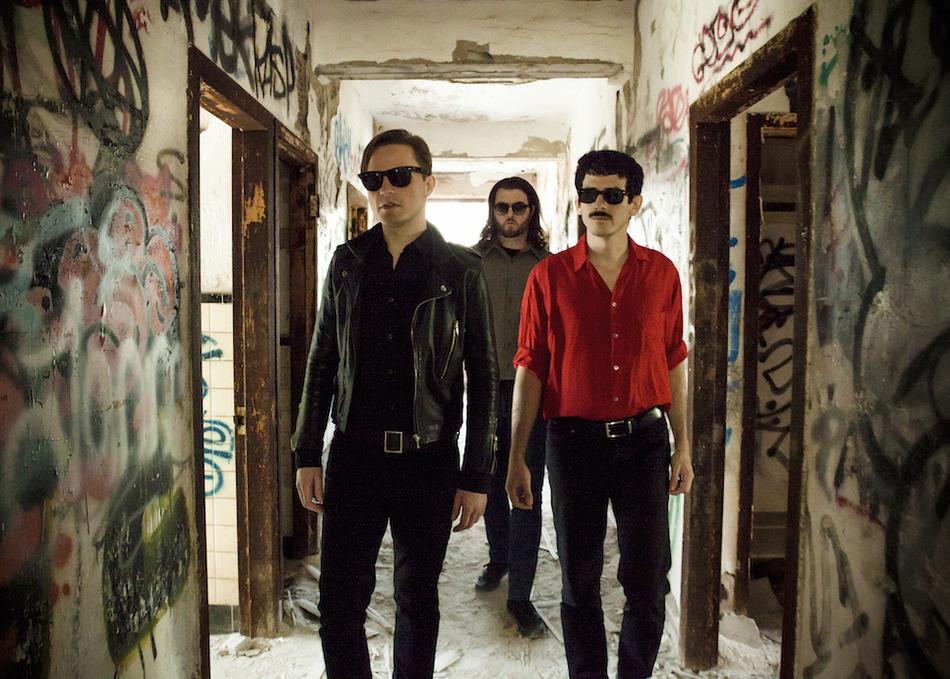 Formed nearly a decade ago, galvanized by Tampa hardcore and inspired by its miscreant noise, A Corpse Wired For Sound signals a new chapter for Merchandise.

Following 2014’s After The End — a full-band effort recorded in a closet — the band stripped back to its core of Carson Cox (vocals, electronics), Dave Vassalotti (guitar, electronics) and Pat Brady (bass). The trio travelled to Rosà, Italy for their first ever sessions in a recording studio, with local producer, Maurizio Baggio. The nine-song nocturnal A Corpse Wired For Sound was recorded half in the studio and half at home, in Tampa as well as Cox’s newly adopted bases of New York and Berlin – the culmination of a long-distance collaboration between Cox and Vassalotti.

The album’s metallic title is inspired by a science fiction short story by JG Ballard, but equally sums up the band’s current state of mind. “We were ‘reborn’ as a rock band for After The End," says Vassalotti, “and then we straight-up died again. It couldn’t last. The result is this distended corpse responding to you from both sides of the Atlantic, forever singing in spite of everything.” Cox expands further, “it’s about the truth of growing up. You can’t take your friends or lovers with you. It’s about finding peace with that loneliness.”