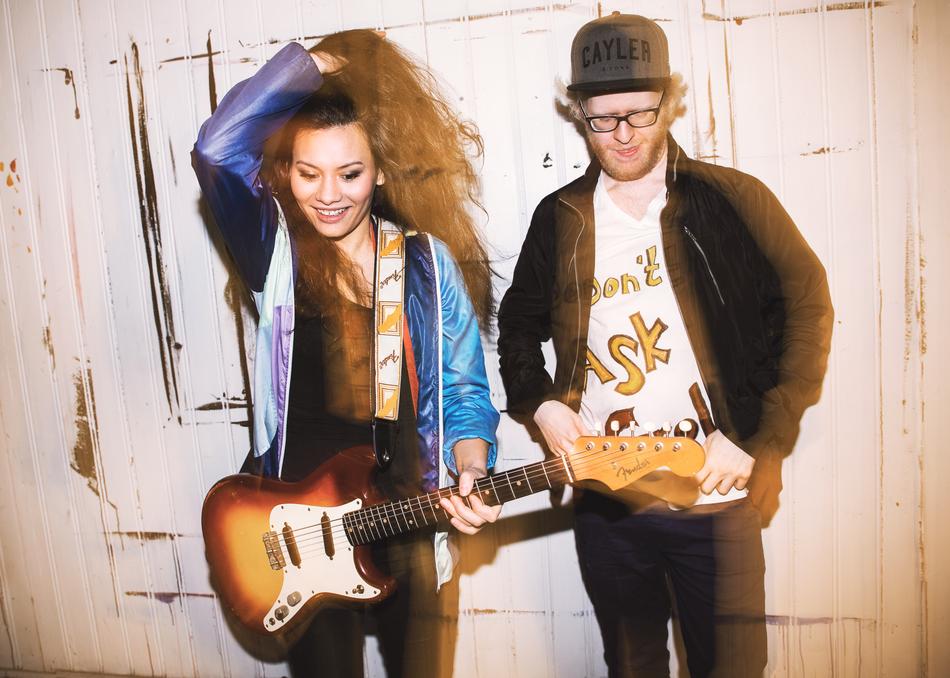 Ask Carol is a Norwegian band from Oslo, started by Ask and Karoline (AKA «Carol”) in 2015. It was their common fascination for guitar and the guitars endless possibilities, as well as their many common musical references, from their guitar idol Jimi Hendrix, to a medium interest in jazz, that initially brought them together. This served as foundation when they in late 2014, during a month-long roadtrip across America, decided to start a band, after being friends and playing randomly and just for fun for many years. In addition to their common interests they bring their own musical preferences into the music, which all play a part in coloring the original music and lyrics they write together. Ask’s passion for Wilco and The Clash, and Carol’s love for Lauryn Hill and Robert Plant of Led Zeppelin, just to name a few, blend together to make their music a unique mix of genres. Music powered by Carol’s steady guitar groove and face-melting guitar solos, perfectly blending together with Ask’s twangy Fender-guitar, topped off with Carol’s distinctive and powerful voice. Combine all this with catchy melodies and strong songwriting, usually backed by a solid foundation of bass and drums, and you have Ask Carol. You’ll find elements of pop, rock, blues and americana, amongst other things, in their music, and if you ask people who know them what genre they play, the answer is almost always the same: “Don’t ask me, Ask Carol!” You’ll have to see them for yourself to know what we’re talking about.