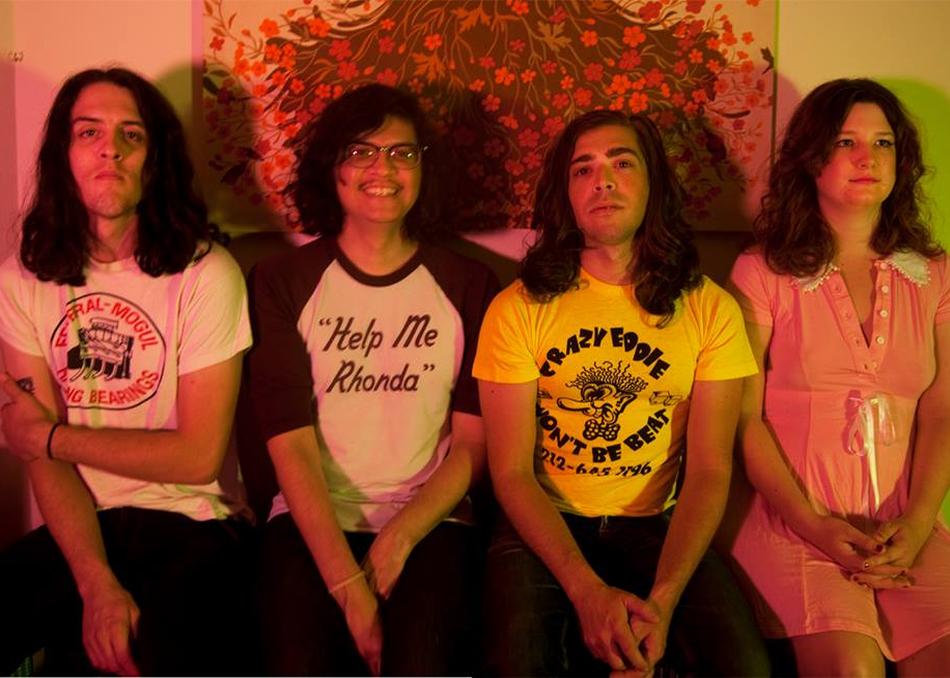 Leather Girls started unleashing their brand of ferocious and catchy garage rock on the Austin music scene in the summer of 2015. Since then they've earned a reputation for their high energy live show, blistering fuzz and lots of good hair. Drawing inspiration from 60's garage nuggets, Brazilian tropicalia, and outsider musicians from all decades has given the band a sound that sets them apart from the densely talented Austin garage and psych scene. They've been asked to share bills with legends like Holly Golightly, The Dictators, and Mr. Airplane Man while becoming a favorite show partner with local heavy hitters Holy Wave and Ringo Deathstarr. Leather Girls even famously turned down a show with The Brian Jonestown Massacre because they "had a pie in the oven." Their highly anticipated self titled debut album will be released on June 2nd on Yippee Ki Yay Records.