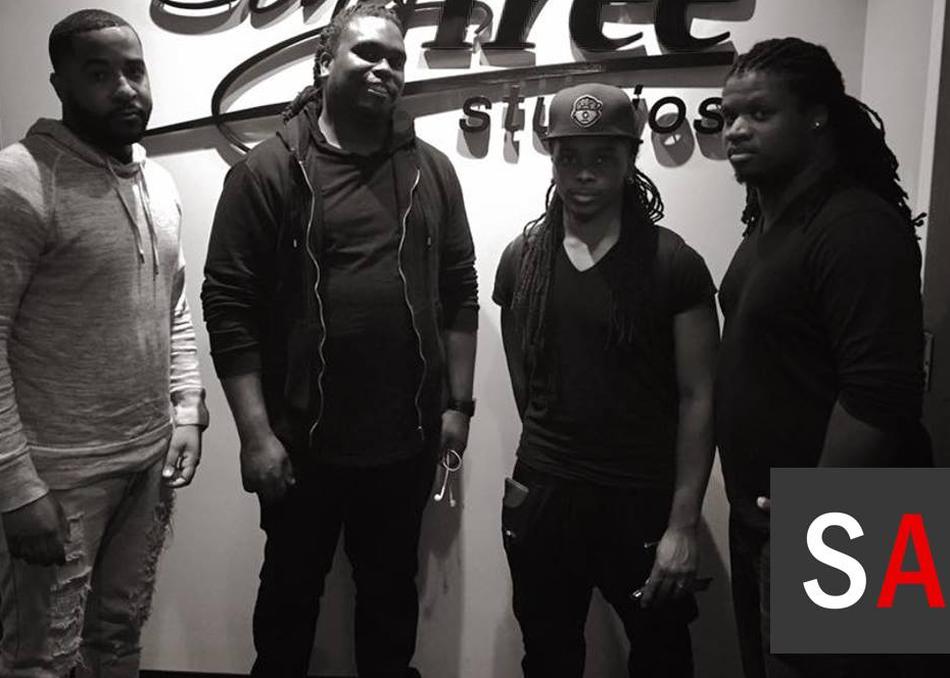 Be On It (aka B On It Productions) was formed in 2012. Birthed out of Indianapolis Be On It was created to push the boundaries and limitations of music. Be On It covers a lot of musical ground and different genres from pop, rock, rnb, hip hop, trip hop, neo soul, fusion, jazz, techno, country, christian, and experimental. When you look at the band you'll see a typical 5 piece set up but when you really look deep into the band you see 5 individual artist that work together as a “collective” to create the most interesting, thoughtful, and intentional music you have ever heard. The band consist of 5 members, Joe C Elliott III (MD/Drums/Producer), Jesse Thompson (Guitar/Bass/Producer), CJ Warfield (Keys/Composer), Matthew Wilson(Keys/Composer,Producer), and Willie Robinson (Bassist/Composer/Producer).

In 2014 Be On It was crowned the champions of a national competition called Strange Arrange. Strange Arrange is a competition put on my Soundtrack Entertainment, where the top 5 bands in the nation compete in Nashville TN. From that opportunity, Be On It has landed major opportunities to work with some of the industries top artist, such as Sony Music Videos or shooting a music video with PJ Morton (Maroon 5). You can find some of those music videos on youtube and iTunes.

The goal of Be On It is to become one of the most dynamic bands of our time. From performing live to producing, Be On It has developed a signature sound and style that cannot be duplicated. Be On It has performed many places around the country and has worked with many different artist and producers around the world. The energy they perform with live will leave you mesmerized, inspired, and motivated to challenge what you think about music in a new way!

+PJ MORTON (Maroon 5)- “Working with Be On It the studio was absolutely amazing! These are young musicians that are gifted and excited to be doing this! Brought me back to why are started doing music. These are incredible musicians! Enjoyed creating the music video with them!”

+SAMMIE- (Professional R&B Artist) One of the best band in the whole world! It was an honor to work with them on my new single "I'm Him"

+ASAPH ALEXANDER WARD- (Producer for Kim Burrell, Mary J Blige)- “Be On It made me see things I haven’t seen in a while! Great energy, confidence, color, dimensions, etc! I just believe pushing the NEXT! I know hot arrangements and they got em!

+LUCAS ESTEVES- “Please come to Portugal guys! I love your music, and feeling and groove! Big hug from Portugal and me!”

+LAKEITH PATRICK- "I cried because 5 young men dreams came true! I saw the passion in all their faces. It’s a beautiful thing when black men can come together and work together instead of killing one another. I’m 21 years old and my bestfriend and big brother died from murder so to see this makes me cry of joy. Even tho I live in the hood right now and not able to do what I love just watching y’all plan man makes me feel like I’m there enjoying that atmosphere with you. I didn’t mean to sound deep and sound sad it’s just really y’all dudes gon bless other young men and women around the world. God bless y’all I wish the best for y’all future. All I see is 5 Grammy award winners in the future. You guys are blessing millions with your gifts!”

+MARCUS MILLER- "These guys are special and a very tight unit! This band has the chemistry it takes! Great Band!"

Genre: Hip-Hop / Rap
Subgenre: R & B
From: Indianapolis, IN

Events featuring Be. On. It.