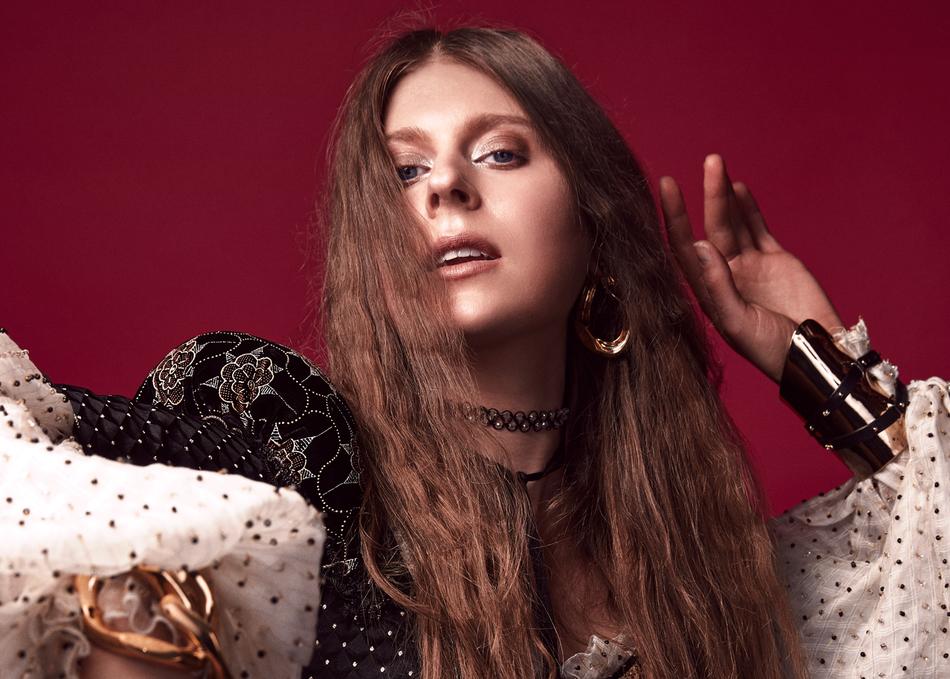 For Ainsworth, it represents a great leap of confidence from her prodigious debut, whether she’s conjuring the crystalline harmonies and death’s-head rhythms of ‘The Road’, the lush earworm pop of ‘Ricochet’ or the small-hours reverie of ‘WLCM’. Blessed with an extraordinarily supple voice, Ainsworth commits herself fully on all fronts, honouring the words of ‘Afterglow’: “To play it safe is not to play at all.”

The haunting cover of Chris Isaak’s ‘Wicked Game’ is a test-case; embracing its vocal challenges live, Ainsworth relished stepping outside her comfort zone. “I usually have to be out of my element to get that spark of inspiration,” she says. The album title itself came to her while she was out of her element, explains Ainsworth, living near LA’s Echo Park - home to the Art Deco statue ‘Nuestra Señora Reina de Los Angeles’ (Queen of the Angels). “Walking around the lake just after sunset at a time when I was desperate for human connection, I found comfort in this statue. She gave me the inspiration for the lyrics to the song. It was as if she was singing them to me.” Pass the message on: Darling of the Afterglow is a bold, beautiful album from a voice ready to be heard.