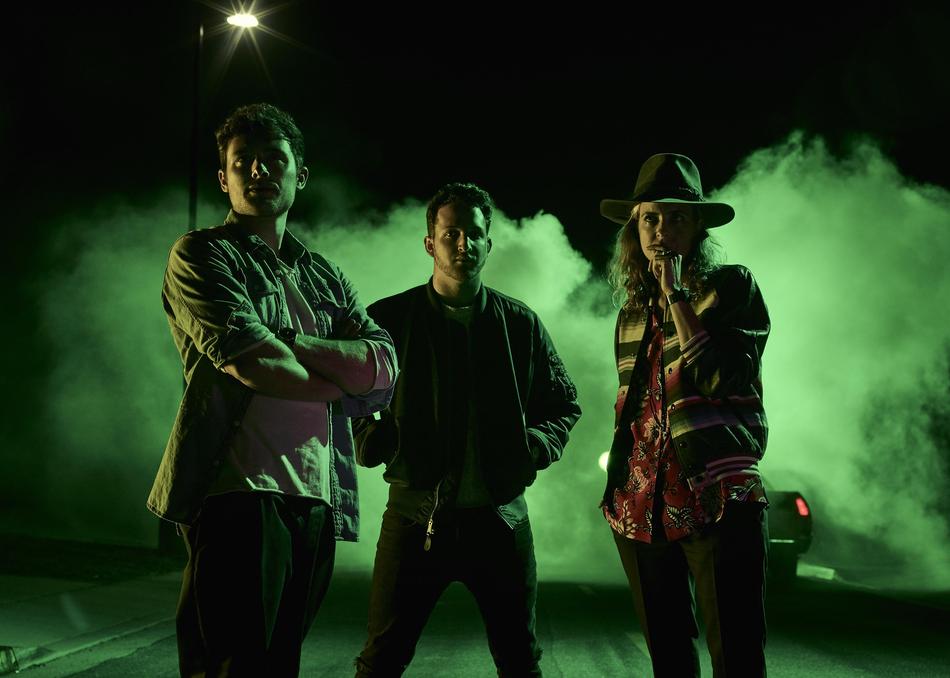 Each of the artists behind L.A.-based alt-pop trio Ocean Park Standoff comes from a world all their own. A self-taught producer who built his own studio in the basement as a kid, Pete Nappi constructs deeply inventive productions equally inspired by art rock and underground hip-hop. A longtime DJ known for spinning at high-profile gigs around the globe, Samantha Ronson is also a songwriter/multi-instrumentalist who matches her lyrical smarts with a sonic ingenuity rooted in her fascination with obscure vintage instruments. And as a classically trained vocalist, Ethan Thompson has revealed his refined songcraft in penning hits for major artists and performing at singer/songwriter hotspots around L.A. On their two-track release, Ocean Park Standoff bring those distinct sensibilities together to dream up a sound that’s both intricately composed and undeniably heart-driven.

Experimentation shapes every aspect of Ocean Park Standoff, which all three members have found revitalizing. “We never have to ask, ‘What’s the vibe here?’,” notes Ronson. “We can make it whatever we want, and it’s so much more fun like that.” Within that freedom, Ocean Park Standoff have formed an intense connection that’s helped push their artistry even further than they’d envisioned. “When we first started, it wasn’t something I would’ve ever thought could work—but the more we play, the more it makes sense,” says Thompson. “We all come from very different places and believe in different things, but in the end we’re able to come together and make these songs that we all really love.”