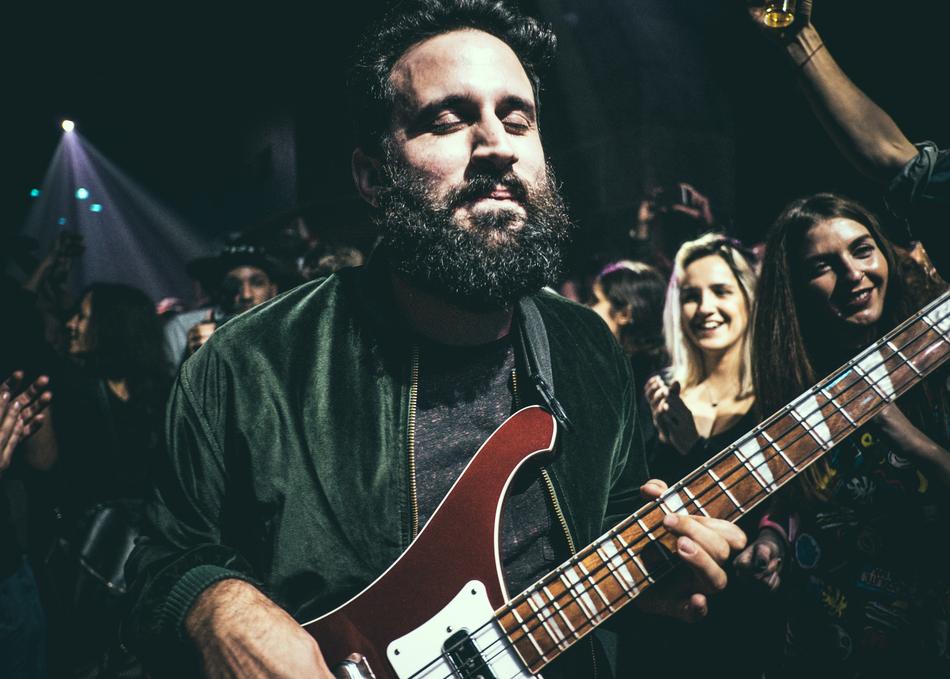 It’s not dance music. It’s just music. Despite being intensely active in that world, Moullinex, Portuguese DJ, producer and musician Luis Clara Gomes’s alter-ego aims to be – and succeeds at it – much more than a mere machine designed to make people dance. Not that he’s not good at getting crowds to move their bodies, it’s just that he navigates through various genres and contexts equally well, be it the dancefloor, the sofa or the street.

Elsewhere, his second full-length album, is a much more clear example of that. Here, the past’s soul, funk, garage rock, Brazilian music – especially when it comes to percussion and flutes, which have an increasingly important role in his universe – and psychedelic sounds come together and meet synths bursting with nostalgia for the future, all coexisting in perfect harmony and in such a way that never lets you forget for a second that the music is all coming from the same person. Not to mention, of course, the penchant for dance music and the focus on giving machines a human touch. What changes now is the way it distinguishes itself from Disco and House, which Moullinex has been linked with throughout the years – though it’s still present –, either in his own singles, DJ sets or remixes for artists such as Sébastien Tellier, Röyksopp & Robyn, Cut Copy or Two Door Cinema Club. This said, it would be a gross inaccuracy to tag him solely as Disco: his sound is much more juicy than that, squeeze it and a lot more will come out.

Flora’s successor is about dreams, both in lyrics and music. All sorts of dreams, from the ones that happen when we close our eyes and fall asleep, to those that guide our lives and goals. And how different it can be, after the state of permanent wonder and bedazzlement of childhood, to grow up and not see your dreams come true, in a state of permanent disillusionment. Nonetheless, this theme is approached with the customary dreamy and sunny mood of his music. It’s a tremendously personal subject, which led Luis to do away with guest vocal collaborations for the first time, marking the transformation of Moullinex from someone who used to be more comfortable as a producer, musician and DJ into a full-fledged vocalist. The album and its subsequent tour have been documented by Tiago Ribeiro on “Elsewhere: A Dream Journal”, in partnership with Red Bull.

In addition to all this, Luis keeps being requested all around the world to play, either in sweaty clubs or sunny festivals, as a DJ or with the Moullinex live band, as well as working incessantly and obsessively in the studio – both in his own productions or his friends’ music – and having a hand in his own music videos and all visual aspects of the whole project. Not to mention his background in computer sciences, which has led him to work with international astronomers, but also to put on a special show with the original soundtrack of Star Wars. Nor Discotexas, the collective he founded in 2006 with Xinobi, his partner in crime, which grew from an artists’ collective with a monthly residence at one of the most prestigious clubs in Europe, Lux, into a full-fledged record label with a solid global fanbase. Whatever it is that he’s doing, Luis Clara Gomes tries to give it his own personal spin. Don’t believe it? Just listen to Elsewhere. The proof is in there, as in everything he gets his hands on.