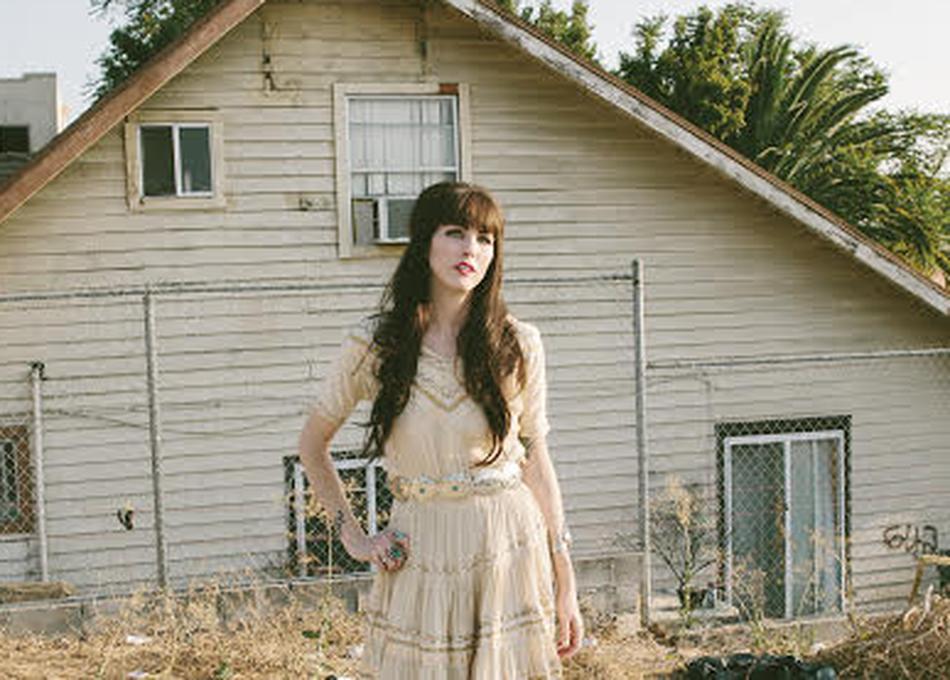 Regardless of genre, Wyatt is all things classic and American: A dynamic performer, who sails naturally between vintage 60s and 70s country/rock ’n’ soul anthems and heartfelt country ballads of love and corruption. Country radio station 95.3 The Bear recently named her alongside Sturgill Simpson and Margo Price as “one of the country artists you may not have heard of, but need to hear.”

Wyatt got a record deal at the age of 17, with multiple soundtracks and movie placements, but after a second deal went down the tubes, she developed a drug problem.

She got busted for robbing her drug dealer and took a plea deal for 8 months in jail, a felony strike, 6 months of treatment and 3 years felony probation. “I stayed out of trouble most the time in jail, by singing songs for people and making them laugh,” says Wyatt.

After she served her term, Wyatt, become enthralled with the music of Merle Haggard and Johnny Cash - who had similar struggles with the law and substance abuse. She studied country music and toured in folk and country bands up and down the West Coast.

Wyatt grew up on a tiny rural island in the northwest with horses and animals. “I was heavily influenced by my southern hillbilly grandparents Papa Brown and Nana Lo, and my first job was a horse breeding farm, and I listened to 90s country music on the radio. Both of my parents were also singers and songwriters in the 80s”

“I met the hit songwriter John Durrill, who recommended I cover “Misery and Gin,” a song he wrote for Merle Haggard in 1979. A dear friend and supporter gifted Jaime with a session at East West Studios in Hollywood, CA, to record with producer, Mike Clink (Guns N’Roses), and this track closes the record.

“For the rest of the record, I tracked in between constant touring, whenever I had a dime or a guitar to trade for recording time at my bass player, Drew Allsbrook’s studio in Van Nuys. I joked about calling the album Nickel and Dimin’ for this reason.”

“Then, upon researching how to expunge my felony, I got a chance to read the minute orders on my case from 7 years prior. This felony has always been a source of shame and embarrassment. I hit the streets after jail looking for jobs and no one would hire me because of my criminal record. I eventually got a job at a bicycle shop but couldn’t receive a promotion for the same reason. It has prompted me to tour consistently and make money on the road, but it has been no cake walk.”

Most songs are inspired by reckless life choices. From Outer Space is the title track of her last record, produced by Mark Howard (Lucinda Williams, Tom Waits), which is funny because it was kind of a B Side, acoustic track. “I transposed the key, after playing the song on tour and a couple different band members helped to give it a 2-step feel and worked up a lot of harmonies. It is about feeling alienated and cast aside by society. And about feeling unable to have a normal romantic relationship, as a touring musician.”

The Dylanesque “Stone Hotel” is the story of how Wyatt was convicted for strong-armed robbery. She sings about how the LAX courthouse made an example of her, acknowledging that it was a drug house bust, in the lyrics, “Judge said young lady, you never felt the blues, no not yet. And that DA called for restitution for a hustler out on bond.”

The other prison song on the album is “Wasco,” which was inspired by one of Wyatt’s cellmates in LA County Prison, who was writing a guy up at Wasco State Prison, near Bakersfield. The cellmate had never met the guy, but they were planning their wedding via love letters back and forth between correctional facilities.

“I’m hoping that the theme of the record will raise awareness about the judicial system in America, since I’ve been branded with a felony, I know first hand how the system will keep you down. Like the words of Merle Haggard: ‘I paid the debts I owed ‘em, but they’re still not satisfied.’ Wyatt identifies as a - “branded woman, out in the cold.”