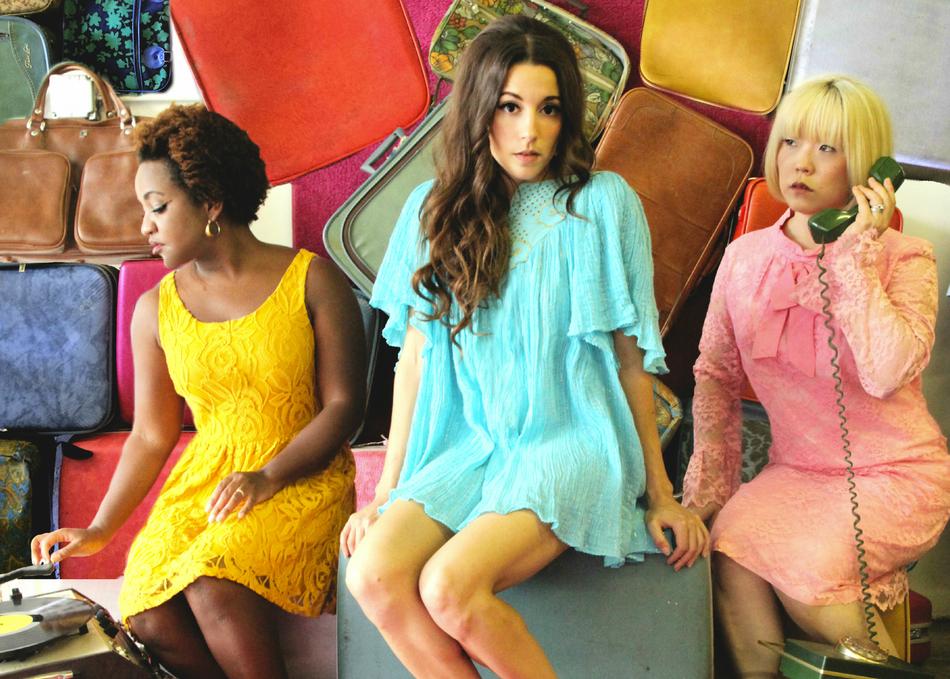 Charlie Faye & the Fayettes craft smart soul-pop that merges the swinging, swaying sound and style of ‘60s girl groups with a vibe that’s so current, they’re dancing to the forefront of the retro-revival movement.

Faye and her Fayettes BettySoo and Akina Adderley make music, sweet music, with an irresistible groove that'll get you moving. The trio’s shared height (they’re all within a half-inch of 5-foot-1) and distinct ethnicities (Jewish, Korean and African-American) just adds cute to their considerable charms. But all the cuteness in the world wouldn’t matter without songs, and here, Faye’s great ear and intelligent writing come to the fore. For the group's debut record, she penned 11 tracks that marry beguiling lyrics with incredibly catchy melodies. The album was recorded in Los Angeles and Austin (Faye's hometown) by producer/engineer Dave Way.

"Musically, the group hearkens to Motown, Spector or the Brill Building: Charlie is emerging as a budding Carole King, and the songs are good enough to rate comparison to Goffin & King or Mann & Weil." - Huffington Post

"In a world of new soul singers who actually get what they're talking about, enter the name of Charlie Faye and her unbeatable Fayettes to that list. They could go all the way." - Bill Bentley, The Morton Report

"The album stretches beyond the coy boundaries of ‘60s girl groups with the opener 'Green Light,' and though 'Eastside' could usher dancers down a Soul Train line, its Stax-styled groove and horn chart service a serious look at social gentrification." - No Depression

"It’s impossible not to be enchanted by one of this year’s freshest, most delightful and all around grooviest releases." - American Songwriter