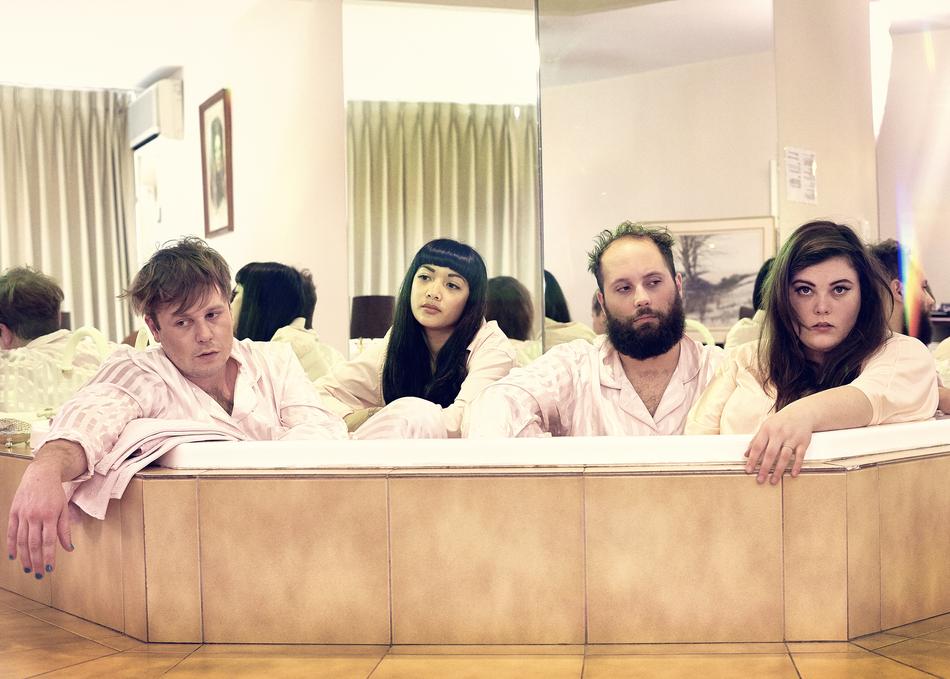 Melbourne’s Totally Mild write songs that are lush and luxurious, polished to sparkle. Teasing out a tension between the loving and the lacklustre, the domestic and the deluxe, vocalist/guitarist and songwriter Elizabeth Mitchell’s voice is crystal clear. It weaves through her band’s lyrical, immaculately considered arrangements with a dexterity that speaks volumes of the band’s capacity to let melodies grow, breathe, and take shape.

In 2015, Totally Mild were successful in receiving grant funding for a European tour with labelmates Terrible Truths, performing 15 dates throughout Europe. The band have been nominated three times for The Age Music Awards as well as the AIR Breakthrough Artist Award, and have supported Kurt Vile (US), Best Coast (US), Gwenno (UK), Real Estate (US) and Diive (US) as well as playing Meredith Festival, New Years Evie & Bigsound.

Totally Mild are signed to Bedroom Suck Records and are managed by Our Golden Friend and are set to release their sophomore album Her in 2017.