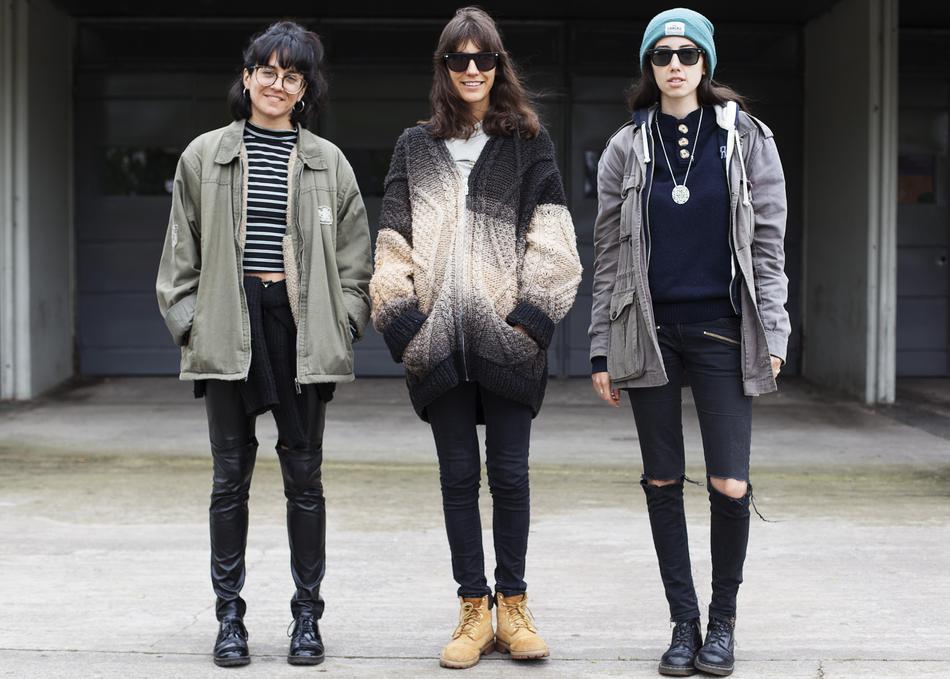 Las Kellies started in 2005 when three girls met at a gig in Buenos Aires, decided to have a band together and borrowed their friend’s amps and instruments. Their third album, ‘Kellies’ – released by Fire Records and mixed by Dennis Bovell (see The Slits, Madness, Fela Kuti), sees Las Kellies mixing catchy garage sounds with dub and post-punk that has earned 8/10 in NME and 4/5 in BUZZ.
Singing in Spanish, English, German, Japanese, Portuguese, Catalan and French, Las Kellies spent several years ensuring their prominence on the Argentinian music scene. With their first record, ‘Shaking Dog!’ (2007), they created an irresistible blend of raw, spicy rock that owes as much to old rock and roll as it does the Raincoats, which turned out to be a veritable birthday party of a record.

In 2009 their second independent record, ‘Kalimera’, was released. That same year Las Kellies took the new, tighter songs on their first international tour, rocking the Old World, unleashing their infectious energy onto Europe with their garage rhythms, teasing impertinence and all-out fun live shows that incorporate the dress sense of Devo and the bounciness of ESG. Las Kellies are: Ceci Kelly; guitar and vocals, Sil Kelly; drums and vocals and Manuela Ducatenzeiler; bass.