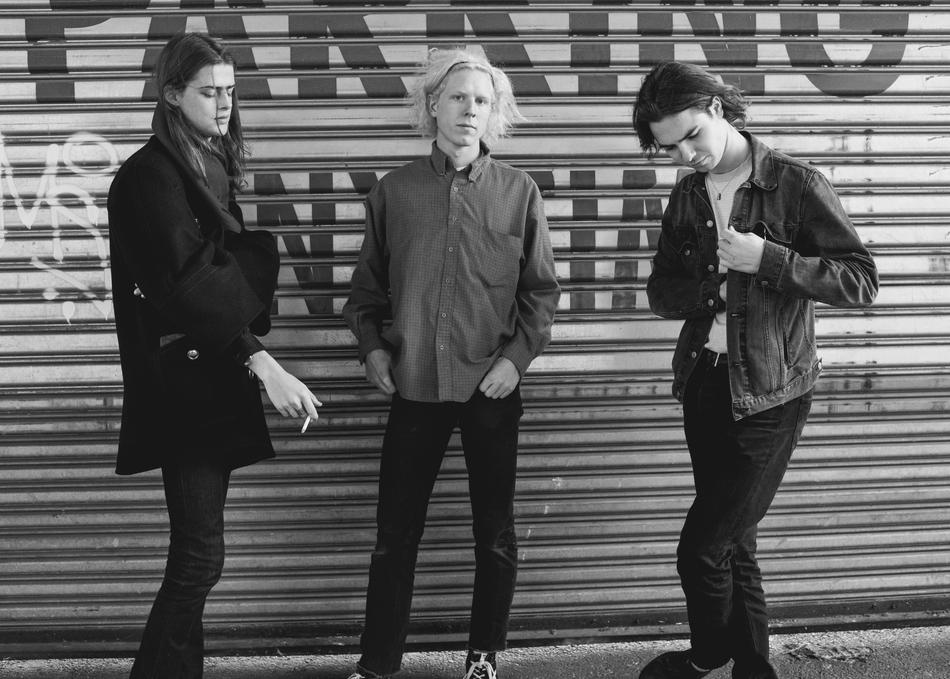 Following a run of critically acclaimed singles - recorded and released when the band were still at school - the past 12 months have seen Blaenavon emerge as one of 2016’s undeniable breakthrough bands.

Recent cuts I Will Be The World, Let’s Pray and My Bark Is Your Bite have signalled a true statement of intent from the Hampshire-based trio, taken from their upcoming debut album produced by Grammy-winning producer Jim Abbiss (Arctic Monkeys, Adele, Bombay Bicycle Club, Catfish & The Bottlemen, Bjork), their prodigious sound championed by the likes of Zane Lowe, Annie Mac, Huw Stephens, Matt Wilkinson, DIY, NME - and Elton John.

Breakout performances at SXSW have earmarked Blaenavon as true ones to watch, whilst euphoric, tent-filling sets at Glastonbury, Reading & Leeds and Latitude proved them to be one of the UK’s most exhilarating live acts - their performances honed following shows with the likes of Foals, Bloc Party, Warpaint, Mystery Jets, DIIV, Sundara Karma, Gengahr, Songhoy Blues, The Hunna and more.

It’s an ascent that caught the attention of US label Canvasback / Atlantic, who join the band’s long term partners at Transgressive Records. The band made their debut trip to New York in November, playing two packed shows, as well as filming a VR session.

Back home, a headline date at London’s Scala continues a run of sold out shows in the capital, concluding a 35-date tour around the UK.

Still yet to turn 21, and with a truly thrilling debut album ready to be announced soon, 2017 looks set to see Blaenavon come of age as the most exciting act in the country.