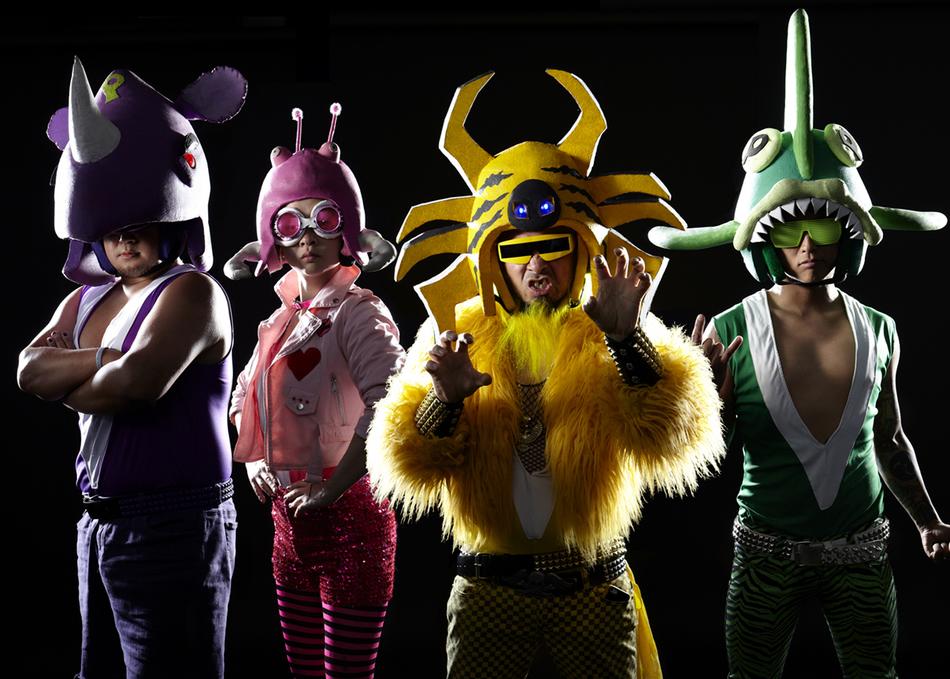 PEELANDER-Z, the Japanese Action Comic Punk Band, was originally formed by Peelander-Yellow, Peelander-Red and Peelander-Blue (claim they are from Z area in the Planet Peelander!!) in NYC, but now based in Austin, TX.

Peelander-Z has had some lineup changes since their start in 1998 and welcomed Peelander-Purple as new bassist in September 2016, and became newly reborn and powerful Peelander-Z more than ever!!

These four dress up in color-coordinated costumes about as if they came out of Japanese Animation (claim those are not costumes, but the skin!!!) put on a fun entertainment. Yes, their performance is not just playing music. Have you heard of human bowling, wrestling and kung-fu action, or funny dance at the punk rock show? Peelander-Z knows how to entertain the audience by dragging them into the show. One experience would capture you!! Peelander-Z is the best of the universe!