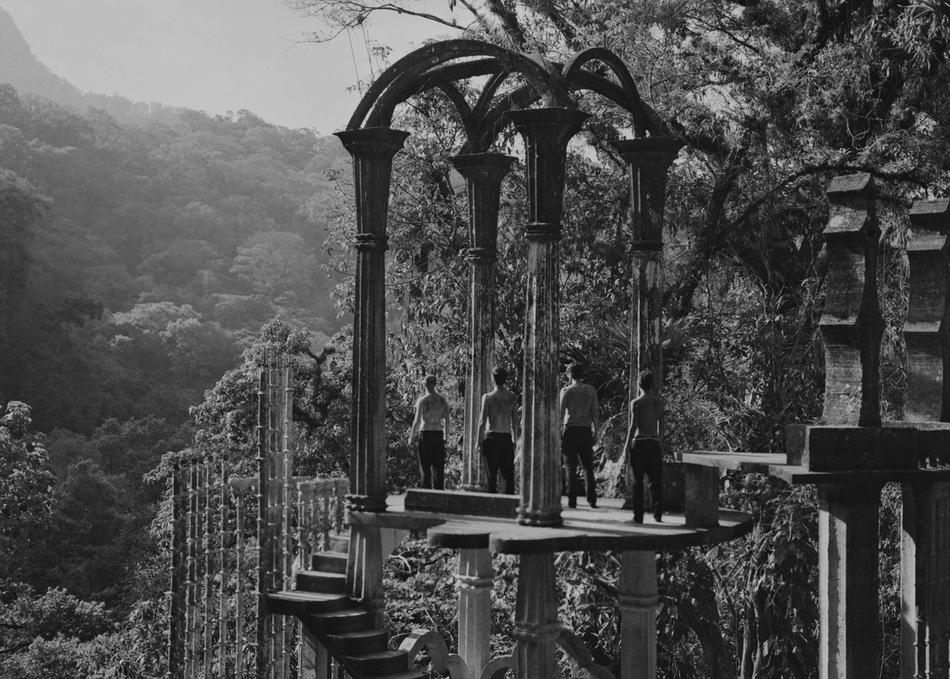 La Vida Boheme is undoubtedly the number one rock band in Venezuela. A band that has defied all the stereotypes and prejudices of an indie band.

Henry (Voice), Sebastian (Drums) Rafael (Bass) and Daniel (Guitar), recorded their first album "Nuestra" in 2009. The album came out completely independent in 2010 in Venezuela and in 2011 in North America under the independent label of Nacional Records (Los Angeles). Soon, “Nuestra” received two Latin Grammy nominations (Best Rock Album and Best Rock Song, 2011) and a nomination in the category of "Best Latin Pop Album, Rock and / Or Urban” for the Grammys 2012.

In 2011, the band was nominated for "Best New Band in the World" by MTV Iggy, performing live at the awards ceremony at the Best Buy Amphitheater in Times Square (New York City) in a live broadcast for hundreds of thousands around the globe. That same year, the band was chosen by Itunes as "Revelation Artist 2011" and their song "El Buen Salvaje" was included in one of the most sold video games in history: FIFA'12, winning the MTV Game Awards in one of the most prestigious categories: "Best Song in a Video Game", winning to Skrillex, Korn and Deftones.

Their second album "Será" (2013) received two nominations for the Latin Grammy Award and they won the prestigious award in the category of "Best Rock Album of the Year" (2013). In addition, that same year the band participated in the campaign Winner of the ALMA Award for "Best TV Campaign" for McDonalds in USA and Mexico with the song "Danz!".

They have received numerous reviews from critics of well-known publications such as The New York Times and Esquire Magazine. Their music is part of classic video game soundtracks such as "Grand Theft Auto V / GTA V". They have been invited to prestigious festivals around the world such as Austin City Limits (Texas), the Latin Alternative Music Conferences / LAMC (New York City), Hermoso Ruido (Bogotá, Colombia), FIIS (Santiago de Chile), Supersónico (Los Angeles) and Vive Latino (Mexico). They performed at the Los Angeles Dodgers Stadium at the Viva Los Dodgers event and have received privileged places in the year's record lists of entities such as the United States National Public Radio / NPR and Itunes USA. Rolling Stone Argentina magazine placed album “Será” in their “10 best albums” list of 2014.

Since 2014 they settled in Mexico in order to explore new paths, expand their Latinamerican audience and win the heart of one of the most demanding audiences in the world, the Mexican audience. During these Aztec years the band joins in the Venezuelan multi-instrumentalist Daniel "Mono" Briceño in the promotion stage of what will be their third album.

Since 2006, the band have had a loyal audience of followers, many of whom have even adopted the collective name of "La résistance": a faithful group of people who follow and love the irreverent and sociopolitical lyrics of the band along with its rock, electronic, dance and Latin sound.

The band’s presence in social networks expands by all means: Twitter (more than180K followers), Facebook (more than 92K Likes) and Instagram (more than 42K followers). The video clip for their first single "Radio Capital" has more than 700K views and putting together this and all video clips, documentaries and shared audio, they have more than 4.2M views on YouTube. Driven by the band itself, their social networks show the substance of La Vida Bohème: an audio-visual, punk and visceral experience by a band that is characterized by a great aesthetic and audiovisual sense.

La Vida Bohème is releasing their third album "La Lucha", an album that puts an end to the band's first trilogy. Together, the name of three albums completes the phrase "Ours Will Be The Struggle" (“Nuestra”, “Será”, “La Lucha”), a phrase that has become the ethos for the band after 10 years together. La Lucha was produced by Eduardo Cabra “Visitante Calle 13” and co-produced by La Vida Bohème. Recorded in Mexico and Puerto Rico, it’s a 13 tracks experience that will be released by the end of March 2017 in Latin America, USA and Europe.