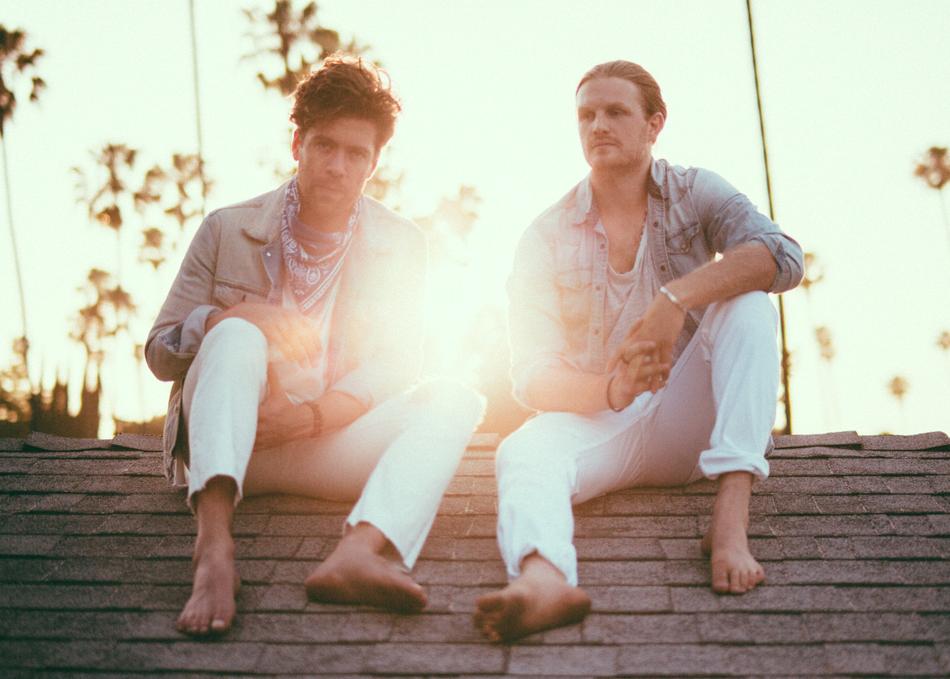 There’s a strong contrarian streak in FRENSHIP, the Los Angeles-based duo of James Sunderland and Brett Hite. James grew up in Colorado and came from a family of opera singers, and while he didn't inherit that opera gene, he did sing in choirs and played the drums as a kid. James moved to L.A. after 4 years of college in Pennsylvania studying a crash-course in production, where he was part of a "soul-sucking" DJ duo. Brett grew up in Spokane, Washington with a talent for soccer and as a hobby played the drums and guitar. A music career was the furthest thing from his mind. It would eventually take an injury for Brett to discover his burgeoning interest in music and the gnawing realization that he was beginning to burn out on the sport. Brett began to play coffee shops and small venues after college as a singer/songwriter.

Fast-forward a few years to when James and Brett met in Los Angeles. It wasn't long before the friends tired from partying after work hours and decided to get serious about creating music together. Both acknowledge the creative process began slowly, but they soon came to realize each brought something to the table that the other could appreciate. The duo describes their hypnotic production as a combination of the twosome’s affection for 80s-styled pop. FRENSHIP’s natural progression in creating their viral hit “Capsize” (which has been streamed more than 300 million times on Spotify and has recently charted in the Top 20 at Top 40 radio. along with previously released songs captures the band’s signature sound. “Our music in general is really a hybrid of the organic with the electronic,” says James. “Over time, we’ve come to trust our mutual instincts more and more.” FRENSHIP released their debut EP, Truce via Columbia Records.