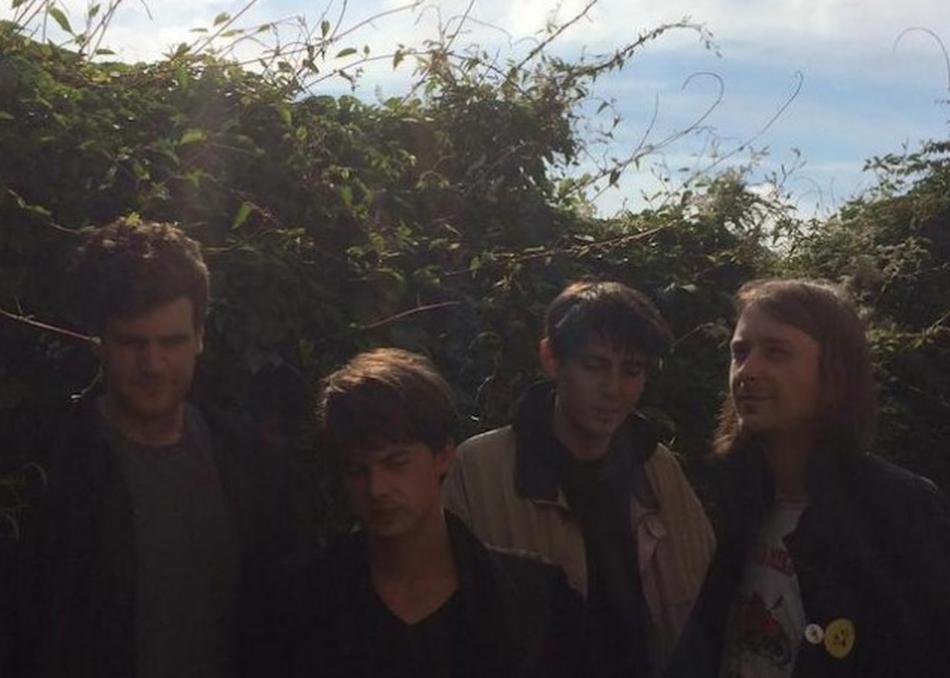 Spinning Coin are an independent rock group from Glasgow. Their roots are various but through a simple love of playing together in their rehearsal space and a policy of almost never turning down shows they have managed to develop a coherent group sound in almost no time at all, becoming an important part of the UK’s DIY live music scene in the process. Drummer Chris White is part of the Winning Sperm Party collective, who document a shadowy world of Glasgow music which runs all the way from the Glasgow Music Collective to Fuzzkill Records. All the other members of Spinning Coin – Sean Armstrong, Cal Donnelly and Jack Mellin see themselves as primarily coming from this scene.

Spinning Coin made their first impression on the world at large with 2016’s “Albany” / “Sides”, their debut 7” single on Geographic/ Domino. A joyous jolt to the senses, it was also a call-to-arms for progressive politics; the quartet’s roots are in proudly independent music making, group endeavour and counter-cultural activism. Extensive touring across the UK followed and 2016 witnessing a month-long tour in support of Teenage Fanclub, culminating in a celebratory homecoming show in Glasgow's Barrowlands.

Second single “Raining On Hope Street” released in February 2017 reveals another beautifully moving side to their song: it’s a heartbreaker, a gloriously affecting pop melody which has already picked up an impressive amount of radio play (Huw Stephens, Gideon Coe, Marc Riley, John Kennedy) as well as support from a variety of press sources.

The group's debut album, recorded with Edwyn Collins in Helmsdale in the remote far north of Scotland in autumn 2016, is set for release on Geographic/ Domino later this year.