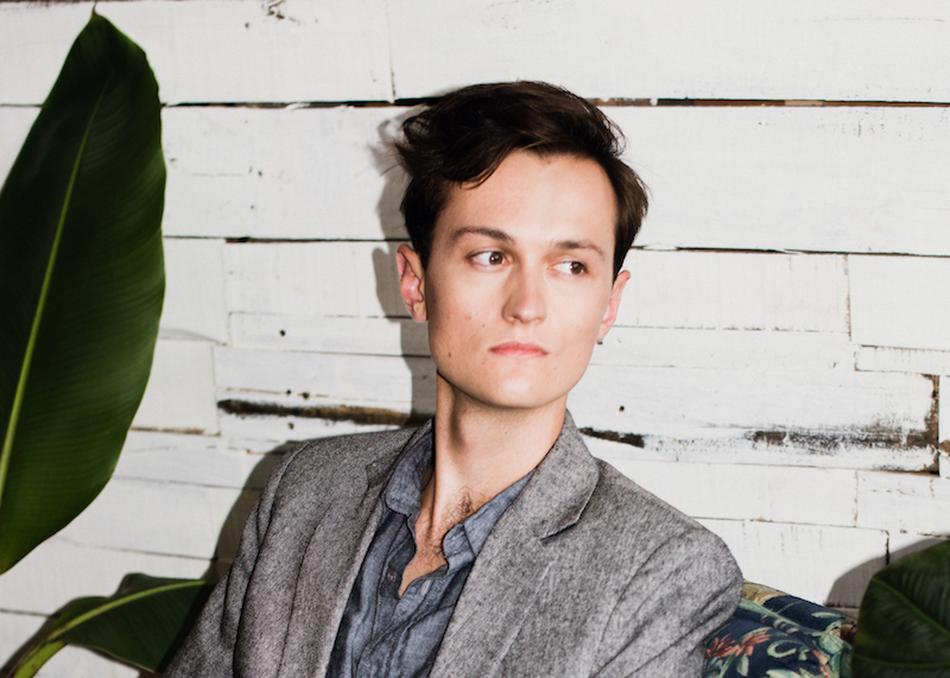 Saturday Night, the first proper solo album from Tim Darcy (Ought), comes from one of those crossroads-type moments in life where one has to walk to the edge before knowing which way to proceed. Darcy actually almost bailed on the session at the start of day one, but was thankfully convinced to make the jump and record a crop of songs he had been amassing over the years—an initial set, curated from a much wider catalogue of young songs. A personal meditation reveals itself across these songs as you feel a poetic, thoughtful person attempting to reconcile a schism, one that grows more expansive as Saturday Night flows along. It is a journey, but it’s a really fun, gratifying one; like a poem where you’re not supposed to know exactly how to feel at that last line and you’re left just bursting with a wonderful emptiness.

As this is, in a way, a more personal introduction to Darcy despite the attention and acclaim he has with Ought, it feels worthwhile to mention his origins. Born in Arizona, he made his way to both Colorado and New Hampshire before ending up in Montreal where he found university, the city’s rich DIY scene, and the other members of Ought. He began writing poetry as early as the third grade and performed often, and his first attempts at songwriting were him feeling around in the dark to set some of them to music. In Montreal, he played in various projects, his and others, before settling into a groove as the singer and guitarist of Ought.

Saturday Night feels not just coherent but constant. Each track is woven to the next in a winding, complex journey through a charged, continuous present. They feel as if they’ve been brought together by a strong impulse, recorded in a very particular moment. The bright, ghostly choir that lingers around the edges of the album and Tim’s tuned-between-radio stations guitar appear as characters in a cast of songs that at times breathe like folk music and at others hit like full-band rock tunes. There are love/love lost songs like the standout, almost-New Wave “Still Waking Up” in which a Smiths-esque melody builds upon an underbrush that recalls 60s AM pop and country. Darcy’s unmistakable, commanding voice and lyrical phrasing are, as they are in Ought, an instrument here: vital to the entire affair. He over-enunciates. He makes mantras out of molehills. He whoops and croons. He makes damn sure you know there are no tossed-off lines here.

At the same time there is an evident softness in these songs and an accompanying musicality. While there are moments that take their strength in sparseness, Darcy is unafraid to paint in economic technicolor as his wry lyricism floats nimbly upon chorused guitars and the occasional synthetic artifact. The tracks that start each turn of the record pull like ripcords that then earn the nimble, ambient expanses each harmoniously settles with. In between, Darcy presents warm, near-psychedelic folk exploration (“Joan Pt 1, 2”) of Joan of Arc and the righteous anger of femininity on the way down to a final, crystalline and existential piano-and-voice ballad (“What’d You Release?”).

The title comes in part from the nights and weekends when it was recorded: a six month period that overlapped with the recording of Ought’s second album where Darcy gathered with friends to record in the storage room of a commercial studio. It also comes from the album’s title track: a bowed-guitar epic where the whole album seems to crack wide open as Darcy repeats the phrase “Wish I’d ran away sooner to save time” and indeed wanders out alone, as if into a field, questioning the very nature of changing, shifting, and growing as we do as humans, asking: “Does a bush ever think, where do I grow to be seen?” Saturday Night sounds like a person exploring his voice in a room full of people he trusts: joyful, shot through with struggle, unfakeably honest. Intimate and rollicking as a house show, delicate as a late-night phone call.

There’s a line in “Tall Glass of Water,” the album’s Velvet Underground-nodding opening track, where Darcy asks himself a rhetorical question: “if at the end of the river, there is more river, would you dare to swim again?” He barely pauses before the answer: “Yes, surely I will stay, and I am not afraid. I went under once, I’ll go under once again.” That river shows up again and again in the lyrics of Saturday Night. It’s about how wonderful it can be to feel in touch with that inner current. It’s about how good it feels to make art, and how terrifying; how you don’t always get to choose whether you’re swimming or drowning as we grow and move through life, just that you’re going to keep diving in. That’s the impulse that links all the songs on Saturday Night, makes them glow.