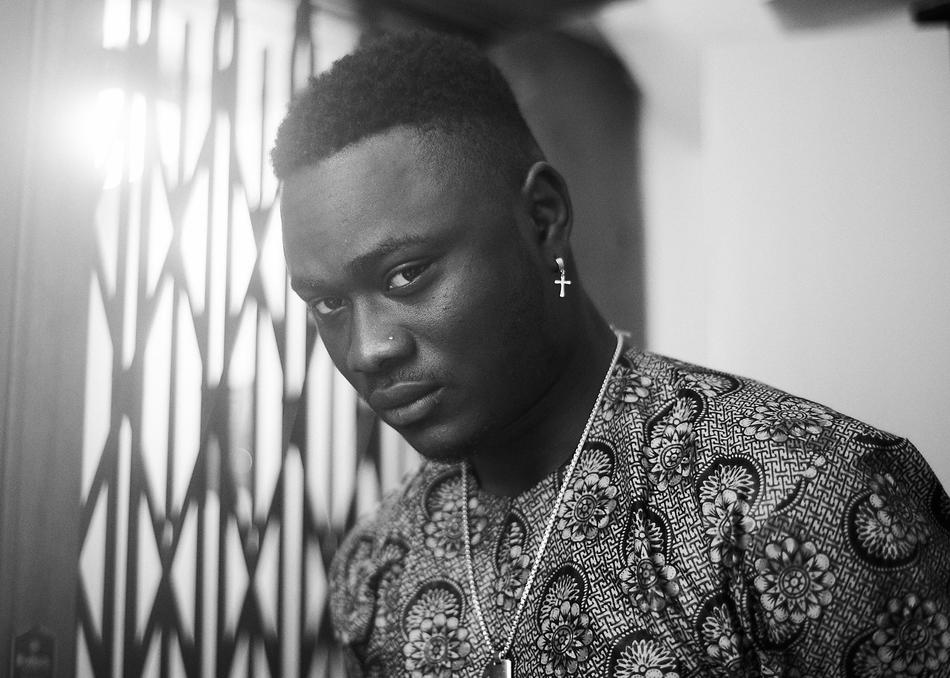 MoeLogo is the name that has been ringing bells across the music Industry for the past few months. The talented male vocalist, known for his amazing vocals and excellent songwriting skills, is fast becoming a household name in the music industry.

Moelogo’s journey started in 2011 performing in Gambia alongside Busy Signal, then in the Summer of 2012, he wowed audiences with a mix of Afrobeats and Jazz-fusion at the Nigeria House Concert, performing alongside Ice Prince, M.I and Jesse Jags. Not long after havingparticipatedin the introduction of the 2012 Olympic Games, Moelogo was invited to perform at the renowned Wembley Stadium for the Africa Unplugged Festival which also featured artists from all over Africa including the likes of Femi Kuti, 2Face Idibia, Sarkodie, Zahara, Iyanya and many more.

In 2013 Moelogo signed with 233 Connect Management and he started working with the Prolific Music Producer Bayoz Muzik as his executive producer. Bayoz Muzik aided his his debut EP which features the breakthrough single ‘Pangolo’ Produced by Coldkeyz, Moelogo has been growing from strength to strength, from his debut EP ‘Moe Is My Name, Music Is My Logo’ in 2013 featuring the likes of DRB LasGidi, Mista Silva, Fem Fel and Fuse ODG, in 2014 he released the smash hit ‘The Baddest’featuring GiggsProduced by Bayoz Muzikand Island Records-signed ‘My Sweetie’ Prod. By (Bayoz Muzik and SOS), After this Moelogo has become a force to be reckoned with in the international Afrobeats landscape.

In the same year, Moelogo was chosen by DJ Edu, participated in the annual BBC IntroducingMaster Class held at the renowned BBC Maida Vale studios. At the Master Class session, Moelogo teamed up with fellow emerging artists Shezzar, Macca and Christopher Ellis and Bayoz Muzik to create and release what is till date, one of the session's most adored tracks. Further performances at several other festivals and concerts such as Destination Africa and the Afro Hair & Beauty Show have made Moelogo one of the most highly sought after performer in the UK.Coming on the back of his 2015 NEA Awards nomination for ‘Diaspora Artist of the Year’ and the success of his latest single ‘Do You Love Me’Moelogo become the Hook smith of the year he was featured by the following Mo Stacks, Wretch 32, Sneakbo, Ted Ness, Geko, C Biz and many more.

In 2016 Moelogo teams up with P2J (Lola Rae, Tiwa Savage) to record his Second EP Ireti, the EP attracted his first Headline Show at the The Old Blue Last, Shoreditch and Moelogo was also nominated for the best African Act at the 2016 MOBO Awards where he also performed, Moelogo ended the year by Featuring Adekunle Gold on Ro Re Se Moelogo continues to live up the hype surrounding him this year.

From being championed by Apple Music/Beats 1, The FADER, BBC 1Xtra, Capital Xtra and MTV among others, and working with huge stars such as Davido, Wretch 32, and Sarkodie, to making his Boiler Room debut, and selling out his debut headline concert in the summer, British Nigerian musician Moelogo is one of the most exciting artists coming out of the UK, fusing his African heritage into British urban music to glorious effect.