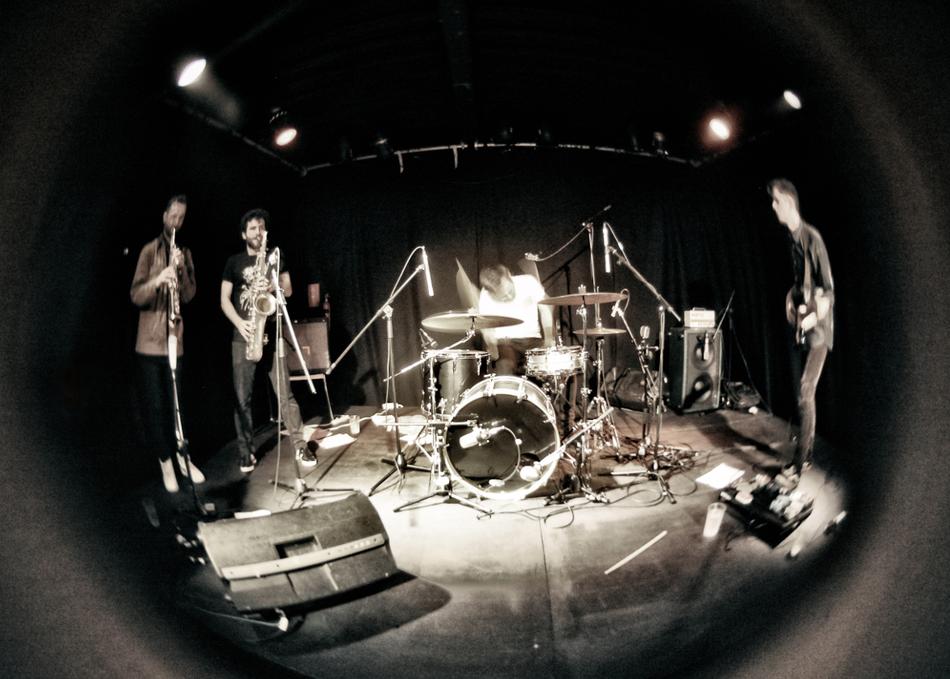 As an expanding, contracting and ever-changing collective, the group began performing live in 2014 whilst studying at the Sonic Arts Research Centre in Belfast, Northern Ireland. Since then, their no holds barred approach - centred on a howling drummer-vocalist and offset by menacing saxophones - has garnered the group a reputation as a must-see live act.

Robocobra Quartet’s brew of spoken vocals, effects-laden bass and raw improvisation has taken them to festivals such as Electric Picnic & Brilliant Corners Festival of Jazz and seen billing alongside acts such as Melt Yourself Down (UK), Girl Band (IRE), El Ten Eleven (USA) and Get The Blessing (UK).

Bolstered by support from BBC Radio 6 and the PRS Foundation, this year has seen the band perform throughout the UK, Ireland & Europe whilst conducting recording sessions in studios and concert halls around their native Belfast, culminating in the debut 12" LP 'Music For All Occasions'.

"Barely of this world." - DIY Magazine

"A sprawling sound that takes in jazz, post-hardcore and classical music." - Loud & Quiet